Writing as a Spiritual Practice: Glimpse Behind the Scenes 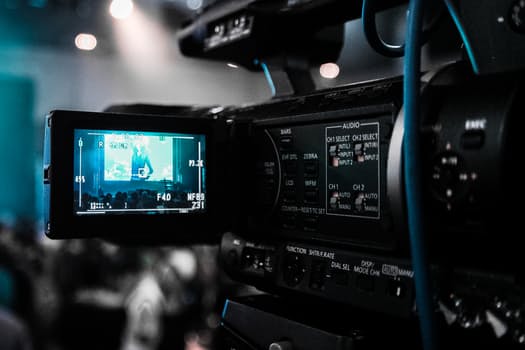 Hello! Today we want to introduce the creator of Contemplative Light’s newest online course, Writing as a Spiritual Practice: Kelly Boyer Sagert. Kelly is a freelance writer by trade, writing professionally since 1990, and a founder of the Northeast Ohio Christian Writer’s Conference, now in its sixth year. She is also beginning her fourth year of offering monthly in-person spiritual writing workshops in her community as well as facilitating leadership trainings for churches that want to incorporate this practice as one of their small group ministries.

“I’m amazed,” Kelly tells us, “by the diverse groups of people who benefit from this practice. In the three-years-plus that I’ve offered workshops in person, I’ve never had the exact same group attend more than once, which mixes up the dynamics in fascinating ways. I’ve gotten emails from people in various places across the country, too, saying how they wished they could attend these workshops, so I finally decided it was time to create an online version.”

The online platform makes it easier for people who would have had to travel a distance to attend a workshop, or for people whose health and/or other circumstances would prevent them from attending. The course is priced at $10 so that virtually everyone who wants to take the course, can. With the online course, people can choose to practice spiritual writing as a personal contemplative journey or to take the course with others and compare insights and experiences.

“I first started offering these workshops,” Kelly tells us, “during a tumultuous time in my life. In the summer of 2012, I began experiencing colon issues that led to hospitalizations. From January 2013 through March 2014, I had four major colon surgeries, plus five minor ones, along with an eight-month period with a colostomy. Since then, I’ve had a major abdominal reconstruction surgery. Because I needed to rest so much during this time, I could read much more – and, after reading multiple books about the connections between writing and spiritual practices, I decided to start holding my own workshops as soon as was able to do so.”

Initially, Kelly tried some exercises suggested in the books she read, but she quickly began creating her own in response to prayer and attentive listening. In Contemplative Light’s Writing as a Spiritual Practice course, she includes an overview of the practice, along with five exercises to try. You may choose to do one of these each week – or once a month. It’s best, she tells us, not to rush through the experience, although the course is designed to fit your schedule.

Other important things to know:

If you’ve seen the PBS documentary, Trail Magic: The Grandma Gatewood Story, Kelly is the writer and researcher of that film (which was nominated for an Emmy Award!). She has traditionally published 14 books, been commissioned to write four full-length plays, including one nominated for Ohio’s Governor’s Award, plus thousands of articles, encyclopedia entries, blog posts, storytelling programs, short stories, poems and more. She speaks on writing issues in Ohio, Pennsylvania and New York, including at the American Society of Journalists and Authors’ writing conference in New York City, the National Baseball Hall of Fame and Museum in Cooperstown, New York, and at numerous universities. She also appeared in an ESPN2 documentary. You can find more information about Kelly at her site (which she suddenly realizes is woefully out of date!).