Why I Wrote Seeds of Devotion 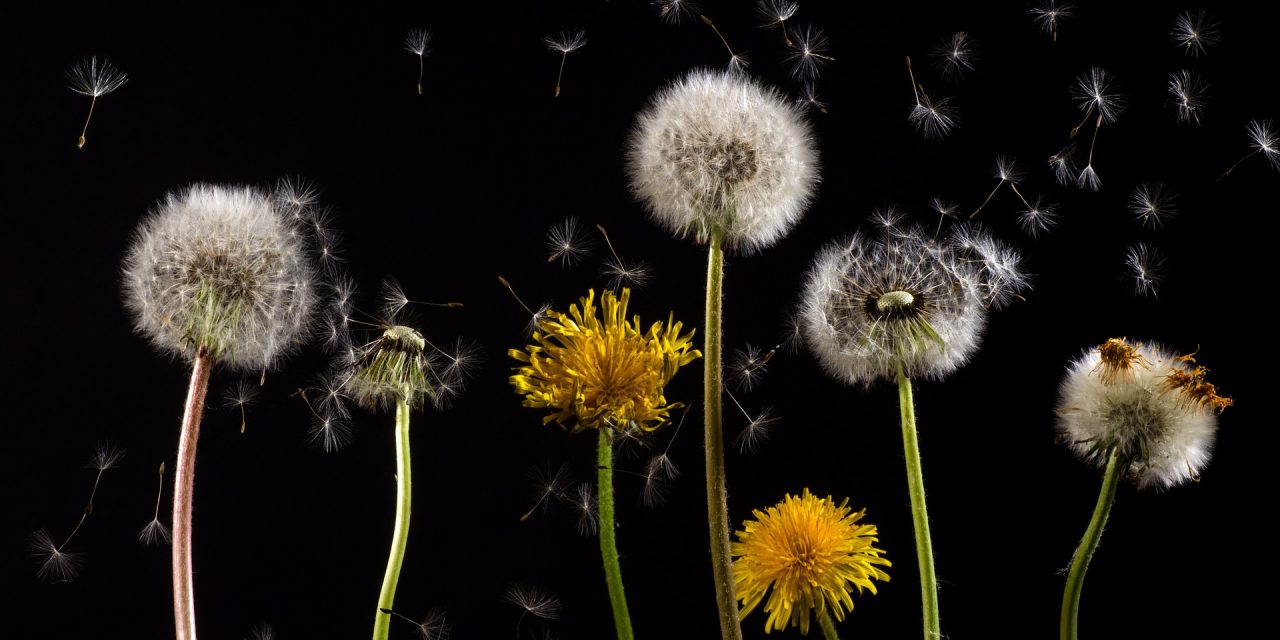 I’ve written a book, Seeds of Devotion. I took the phrase for my book’s title from a Rumi poem.

Here is my explanation.

With every breath, I plant the seeds of devotion, I am a farmer of the heart.

So begins Rumi, in a little poem that ends: I am the carpenter of my soul.

Maybe devotion isn’t a word that you’ve spent a lot of time thinking about. Maybe you think of it as something belonging to contemplative, praying monks, in a monastery on a hillside.

Devotion takes many forms: the solemnity and joy of prayer; the ecstasy of song, poetry, or art; the intimate connection between individuals in marriage, family, or community. It involves opening the heart fully to the presence of love and beauty, which brings a compassionate or reverent awareness of the divine in all things. Through the lens of devotion, every aspect of creation is seen as purposeful, and hence received in gratitude.

It involves opening the heart and seeing the divine, the holy, the sacred, in all things, and viewing them all as purposeful and receiving them with a sense of gratitude.

Most of you know that I am a hospital chaplain. So I hear a lot of stories, a lot of love stories, some regrets, some unfinished business.

I’m entering my fifth year at Penrose St Francis. An essay about leaving parish ministry and becoming a chaplain was just published in the book Testimony: The Transforming power of Unitarian Universalism. Chaplaincy has given me meaning and purpose and life.

And one day, it was a Friday, late in the evening, I got a phone call from a nurse on the 4th floor. An elderly woman was alone. Her family must have left to go get some rest. The nurse told me that she was going to be transferred to hospice the next day. She was confused and struggling.

Just before I entered the room, the nurse told me: I think she’s been saying the Lord’s prayer over and over again. She just can’t get to sleep. She’s agitated. We’ve given her such and such to make her comfortable. But she’s struggling.

I entered quietly and reverently, respectfully, and she was frail and weak and maybe weighed a pound for every one of her 85 years. And sure enough, she was saying the Lord’s Prayer: Our father, who art in heaven, hallowed be thy name.

She knew the whole thing. And I just sat down and held her hand.  And I even joined in, quietly. Thy kingdom come. Thy will be done.

We did this for a while. And after a round or two, she noticed me. We were rounding towards the end of the prayer: For thine is the kingdom and the power.

And she looked at me, for the first time, noticed me and seemed to have some awareness, and I’ll never forget it. She said:

Oh, I seem to have forgotten the ending. Oh well, never mind. Thank you God for everything.  And with that she kind of drifted off to a peaceful sleep.

She probably had said that prayer a million times in her 85 years. It was a part of her devotional landscape. Part of what gave her meaning and purpose, helped orient her to the mystery of the divine, the mystery of life. And when she was a bit lost and confused, it helped her, somehow. And when she became even a little bit aware of her surroundings, she offered up a prayer of thanksgiving. This prayer, which helped her and grounded her, never left her and even when it did all she was left with was a feeling of profound and deep gratitude.

When I left parish ministry after 11 years of being a senior minister, I was disoriented, confused, grief-stricken. I didn’t know which way my life would turn out, who I would be, what I would do. And I spent a year working with Coloradans for Alternatives to the death penalty, which was amazing. I spent a little time working to launch a contemplative journal on line. I worked briefly at a funeral home, and then I got called to be the associate minister, part time at Unity and then I made my way to the hospital. And I landed on my feet. I found my way. And during that time, something that abided with me, that stayed with me, that never left me was something I had encountered 20 years earlier, a small passage in a Berry Street Lecture, which is given by a UU minister to UU ministers every year. Our minister at King’s Chapel spoke to those ministers in like 1992 and said:

The Great Surmise says simply this: At the heart of all creation lies a good intent, a purposeful goodness, from which we come, by which we live our fullest, to which we shall at last return. And this is the supreme reality of our lives.

This goodness is ultimate—not fate nor freedom, not mystery, energy, order nor finitude, but this good intent in creation is our source, our center, and our destiny. And with everything else we know in life, the strategies and schedules, the technology and tasks, with all we must know of freedom, fate and finitude, of energy and order and mystery, we must know this, first of all, the love from which we were born, which bears us now, and which will receive us at the end. Our work on earth is to explore, enjoy, and share this goodness, to know it without reserve or hesitation. “Too much of a good thing,” said Mae West “is wonderful.” Sound doctrine.

I discovered this sometime in the 90s and I preached on it everywhere I could. And it never left me. It helped orient me. It was my devotional prayer, day after day, week after week.

Maybe the song you sing at the beginning of every service, or Morning has Broken, or Spirit of Life, or some mantra, which is a devotional practice, will come to you in your moment of difficulty.

My wife’s daily act of devotion is walking our black lab, Gracie. Mostly in Bear Creek Park, but sometimes in the red rock open space. It is her prayer, it is her daily practice.

When I was in seminary, in Washington, DC, I had to go to a few different kinds of worship services, a Quaker service, a

Reconstructionist Jewish service, a service designed for gay and lesbian Christians. It was fascinating and instructive to see how different folks approach worship.

The Jewish congregation had a young woman cantor that had a guitar, and there were kids everywhere. The gay and lesbian Christians could have been Pentecostal, except they emphasized in all aspects of their worship—the readings, the sermon, the words of the music–that everyone belonged. The Quakers sat, silent, as you might imagine. The beauty of their silence, the grace of it, the peacefulness, evident even to me, even though I had spent the weekend on call at the hospital, the University of Maryland Medical System where I was a per diem chaplain. A busy night, I think I may have fallen asleep when one of the Quakers said: “There is a protest over on such and such road, to protest the war in Iraq. I’ll be there. Maybe you’d like to join me.”

The lesbian with her hands held high, prayerfully, in a posture of reception of the spirit of love, the holy spirit, that says she is beloved and that she belongs.

And the Jewish mother, whose little toddler is learning Hebrew through sing along songs in the congregation, holding her child with pride and letting her run around the place when she got bored.

And the Quaker, sitting silently, listening to the inner light, the spirit, speaking only when prompted.

I remember hearing the story of how Robert Hardies, our minister at All Souls Church Unitarian in DC, was introduced to Unitarian Universalism.

He says he had just graduated from a small school in upstate New York, and that he was coming to terms about coming out as a gay man. Had become comfortable with the idea and was ready to fly and to be in a big city and to be free and all of that. And he left upstate New York for the big city creative life in Portland. And as soon as he got there he was confronted with a statewide initiative, 8 or 9 or 13, I don’t even know, that targeted gay folks, that made discrimination against gay folks perfectly legitimate. And all around, there were hateful messages and he thought: I left New York for this?

How does that work?

And he said one day he was walking in downtown Portland, discouraged, confused, angry, maybe a bit of regret, and there was a big brick building and all over it were these pride rainbow ribbons. Tons of them, bunches of them. He saw on the sign that it was First Unitarian Church, a flagship church in our movement.

He went in, introduced himself to the minister, and found himself soon enough a part of the church and a part of Unitarian Universalism. “Here was a safe place. Here was some place I could be myself, and discover “my calling.”

That minister and those congregants putting up those rainbow ribbons to signal that the Unitarian Church in Portland was a place committed to diversity and human dignity, that too was an act of devotion.

There are many ways to be about the act of devotion.

Devotion is to give oneself to, to consecrate, to vow. It is about what you love, to what you are loyal, what gains your enthusiasm.

Right this moment, I am attuned to the idea that our political circumstances are messy, complicated. Things that we hold dear—democratic standards and enlightenment values—seem to be especially at risk. I know there is worry in my spirit. I am afraid. And I suspect some of you are worried as well.

Life, I think it is pretty clear, can whip you around. Can bring about disorienting and difficult moments. In the midst of all of that, devotion can help ground you.

Or as Martin Luther King said:

Your self-sacrificing devotion to your purpose in life and your unwavering faith will carry you through times of difficulty.  He would know.

In devoting yourself to loving others, how have you found your way?

In devoting yourself to your community, or your communities, how have you know something deeper than you could have known on your own?

In devoting yourself to creating something that gives you purpose, how have you been changed?

With every breath, I plant the seeds of devotion.

So I want to ask you today, what seeds of devotion are you planting?