Who Is Talking About The Christian Mystics? 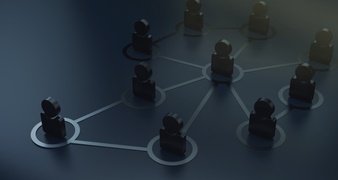 Ever since I was young, it always seemed  to me that if God were real, if there was any supernatural force in the Universe, then it must also be accessible in everyday life.  Yet it didn’t seem to be there. Things felt solid, a three dimensional world. Though many around me professed a belief in God, it sounded like something more theoretical, or perhaps a repetition of something they had been told.

In high school, certain poets I read in class described something that was vaguely spiritual. A deep romantic sea, a magical force in nature, a look into the eyes of a lover – what was it? Those passages connected with something emotional in me, something that felt familiar and in a strange way, seemed connected to God.

In church, though, things came back to beliefs. It appeared to be a social exercise of sorts, something “good people” do.  Yet every now and then the priest would reference a popular song, or a line from one of the poets I knew, and it would give me pause. Do they know more than they are telling or I am able to hear?

Later in college, the reading of eastern mystics prompted a shift in perspective. Balance arose on my radar as a principle of wisdom. Maybe the purpose of spirituality wasn’t that one aspect of the Self win out against another aspect, but that to reside in the center balance point between all the various emotional and intellectual pulls that gripped me.  Or, maybe it was even more simple than that: an endeavor to be this way or that way, but just be. These existential insights eventually led to  experiences of a great spaciousness, a spaciousness that I could not help but associate with the God I knew growing up. But the language of the Christianity that I knew didn’t appear to talk about this newfound awareness in a way that resonated with my experience. Vague stories of saints crossed my mind, and I wondered- did things like this happen to them? Did they have some guidebook to help me?

And so it was that I discovered the history of mysticism within the Christian church. Though never getting widespread publicity, it had been there all along. And yes, there were masters who had lived this path…and even written about it.

It was, on the one hand, unfortunate that I discovered my own tradition’s path of awakening only after I had discovered mysticism in other traditions first.  But, at least I did discover the Christian mystics- and in young adulthood no less – as I realize there are many who go an entire lifetime without knowing the finest aspect of church’s history. Perhaps out of fear of our own inner pain or being accused of theological heresy, mysticism is often given a bad rap. Some prefer calling it contemplation or thinking of it as silent prayer. And some may never be comfortable with it or even called to it. But the mystical tradition has been there all along, and some of the greatest humans that ever walked the earth are part of it.

Its twenty of these historical heroes and heroines that we focus on in our new class on The Christian Mystics.

We also offer a free mini-course on The Christian Mystics.