The Shape of Personality 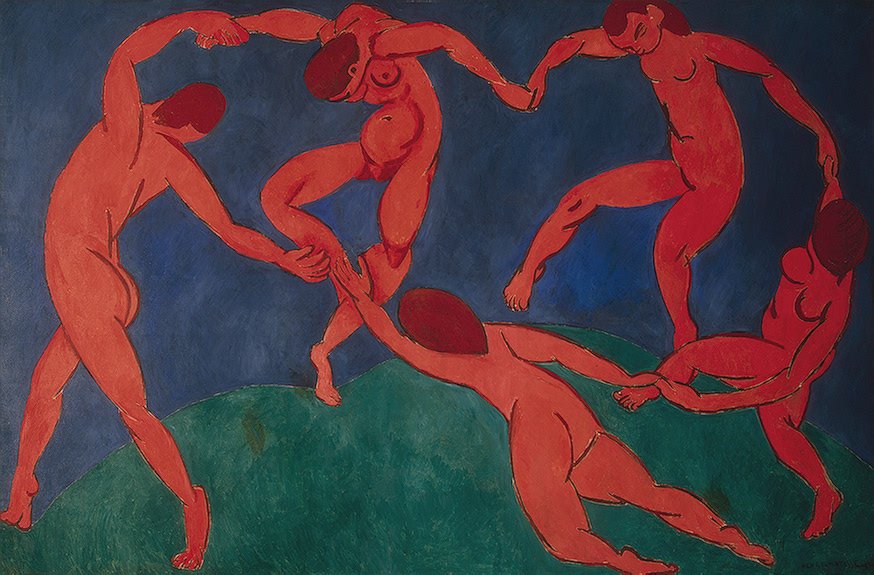 In “The New Men”, the final chapter of C.S. Lewis’s Mere Christianity, the author describes the next step in human evolution. The “new men” are all people who have left their individual selves behind to join in Christ. Anticipating the fear of losing one’s identity in this way, Lewis asks on behalf of his reader, “And if Christ is one, and if He is thus to be ‘in’ us all, shall we not be exactly the same?” He then goes on to provide a beautiful illustration to dispel this fear of uniformity:

Imagine a lot of people who have always lived in the dark. You come and try to describe to them what light is like. You might tell them that if they come into the light that same light would fall on them all and they would all reflect it and thus become what we call visible. Is it not quite possible that they would imagine that, since they were all receiving the same light, and all reacting to it in the same way (i.e. all reflecting it), they would all look alike? Whereas you and I know that the light will in fact bring out, or show up, how different they are.

Self-emptying provides room for Christ to fill us up. Our God-given personalities, that which makes each individual truly unique, are thus revealed. In another analogy, Lewis compares the way salvation brings out the true self with the way salt enhances the taste of food. Denial of the ego seems to run counter to what we have learned about asserting our individuality. But Lewis identifies our earthly personality as a false construct, devoid of substance: “In fact what I so proudly call ‘Myself’ becomes merely the meeting place for trains of events which I never started and which I cannot stop.”

The individual, with his or her unique personality, is a central theme in our consumer culture. But here the establishment and maintenance of individuality relies on acquisition to differentiate oneself from others. We must question our attachment to an individuality based on consumer selfhood. In our current version of what Guy Debord called “the society of the spectacle”, where citizen groups are atomized into isolated consumers and spiritual qualities are conferred on products, our task is to remember our truth.

Product marketing has evolved into lifestyle branding, designed to forge an emotional connection between goods and services and a target audience. Advertisers will craft an image of their product that appeals to the desire for personal success and independence. The iPhone is one of the most popular examples of effective lifestyle branding, and the iPod silhouette campaign, which ran from 2003-2008, helped pave the way, transforming Apple from a tech company to a cultural juggernaut.

Advertising both the iPod MP3 Player and the iTunes music service, the campaign evolved stylistically over time, but maintained consistent features. Launched two years after the iPod’s release, the printed ads featured anonymous, black-silhouetted figures in dance poses. In their hands they held white iPods, earbud wires rendered with fluid white lines running to their ears. The figures were cast against empty backgrounds of brightly saturated, tropical colors. These ads were displayed on everything from magazine pages to the surfaces of public transportation and the sides of buildings, looming large in the urban landscape.

Once the campaign began appearing on television and the internet, the figures were set into frenzied motion, dancing to a variety of musical genres. Highly energetic and paired with taglines such as “Join the Digital Music Revolution”, the ads sought to appeal to ideas of freedom and mobility. The personality being promoted was that of a stylish nonconformist, isolated in a personal soundscape. The campaign helped to define Apple as technology for creative types: individuals who “think different”, as the tagline of an earlier Apple ad campaign put it. The iPod is now obsolete, but the influence of its dancing silhouettes continues to be felt in advertising and music media.

Removing identifiable characteristics using silhouettes universalized the dancers. In this way, the ads could appeal to a broader base of consumers, who could project themselves into the shapes. The campaign was in fact lauded for what was considered inclusivity. But like the featureless beings who grope through the shadows in Lewis’s analogy, these shadow dancers lack tangible presence. And their personality is derived from, and contingent upon, the commodity. Difference is minimized as each person, flattened into a silhouette, complies with and conforms to a visual code of consumption. The contrast shown in the ads between the white iPod and the black silhouettes helped transform the product into an icon, channeling invisible energies as it pumped life into the dancers. Personality is dictated and life is sustained under the terms of the commodity.

Advertising attempts to answer the question “How can I be more me?” by appealing to our human-made sense of self. But when the “I” of the individual is dissolved in the ocean of the “I AM”, we lose the need to stand apart from others. Lewis writes: “The more we get what we now call ‘ourselves’ out of the way and let Him take us over, the more truly ourselves we become.” Lost in our own darkness like Lewis’s nameless crowd, we are promised salvation from anonymity by the commodity.

But this salvation does not lead to the true self. Rather than the freedom to choose life in the divine light, it is the freedom to choose which lifestyle to buy. Group identity equates to economic identity based on participation in a global market. There is no blissful communion of souls, only a chattering crowd of alienated Me’s. When read through Lewis’s darkness and light analogy, the iPod silhouettes provide an unintended lesson. The message changes from one celebrating universality and freedom to an emphasis on anonymity and the trappings of the commodity.

The campaign attempts to be relatable with its fill-in-the-blank images and musical variety, and its representation of freedom through personal playlists and portability. But it inadvertently discloses the emptiness of the personality in mass society through its aesthetic of anonymity. Pairing the ads with Lewis’s quote, the silhouettes transform from signifiers of the hip to reminders of the inability to discover one’s true self in the product. Individuality is restricted to personality types defined by the campaign. The true person remains literally unilluminated, merely a ghost powered by Apple. Thus, the ads are a perfect embodiment of the vacuousness of consumer culture.

The Universal “I AM”

One of the best-known images of anonymized dancers is Henri Matisse’s Dance, painted in 1910. A key work in the artist’s oeuvre, it is a deceptively simple image portraying five figures holding hands while dancing in a circle. The clumsy orange figures, outlined with heavy contours and distilled to essential shapes, are not clearly identifiable. No landscape or architecture exists to help define the space of the painting or locate the scene. There is only the barest indication of a hill and sky, the symbolic nature of the image suggesting a place outside of time and space. Through the harmony of bold color and expressive line, these humans unite heaven and earth.

When placed adjacent to Lewis’s text, both the painting and the iPod silhouettes are compelling in different ways. Not quite silhouettes, the figures in Dance did lead to the cut-outs Matisse made in the late 1940s. Pure shape and color, these later, more abstract works could be an antecedent to the Apple campaign. Unlike the Ipod silhouettes, which are figures of consumer desire, the people depicted in Dance, like those in many of Matisse’s works, embody the fundamental joy of living itself.

The nude figures’ heads are bent forward as though in a trance, suggesting they are in this world but not of it. The image has a primal quality, lacking anything made by human hands. Its sacred character was inspired by non-European forms of art, which had deep spiritual roots and were produced by societies not dominated by market economies. Matisse was interested in the harmony of color, achieved in balanced relationships rather than in isolation. Studying the painting closely, one notices a break in the circle. At the point closest to the viewer, two of the figures’ hands separate. To maintain the continuity of color, Matisse paints them overlapping the leg of another dancer. It is a point of visual tension, where we are invited to join in the dance. Painted life-size, the painting draws us into the gathering of souls, spiraling care-free atop the grassy hill.

Dance’s formal qualities express freedom in the harmonious communion of life. The reductive approach, in which life energy flows through the fundamental elements of line, color and form, was radical, like the act of giving oneself away to God.

Whereas consumer society conditions us to believe we are lacking, seducing us with empty choices that masquerade as individual freedom, life in Christ provides all we need, freeing us from the striving of the false self to be recognized. But as Lewis points out at the end of Mere Christianity, we will not find ourselves if we go looking, we will only find disappointment. Lewis refers to the possibilities of freedom through enlightenment when he writes, “How monotonously alike all the great tyrants and conquerors have been: how gloriously different are the saints.” Getting ourselves out of the way allows the only real personality we have to emerge, the unique expression in each of us of the divine light, with all its potential as a unique instrument of God’s love.

This essay was first published in Saint Austin Review, July/August 2021

Photo by Ben Sweet on Unsplash