The peaceful benefits of acceptance, non-attachment, and non-resistance. 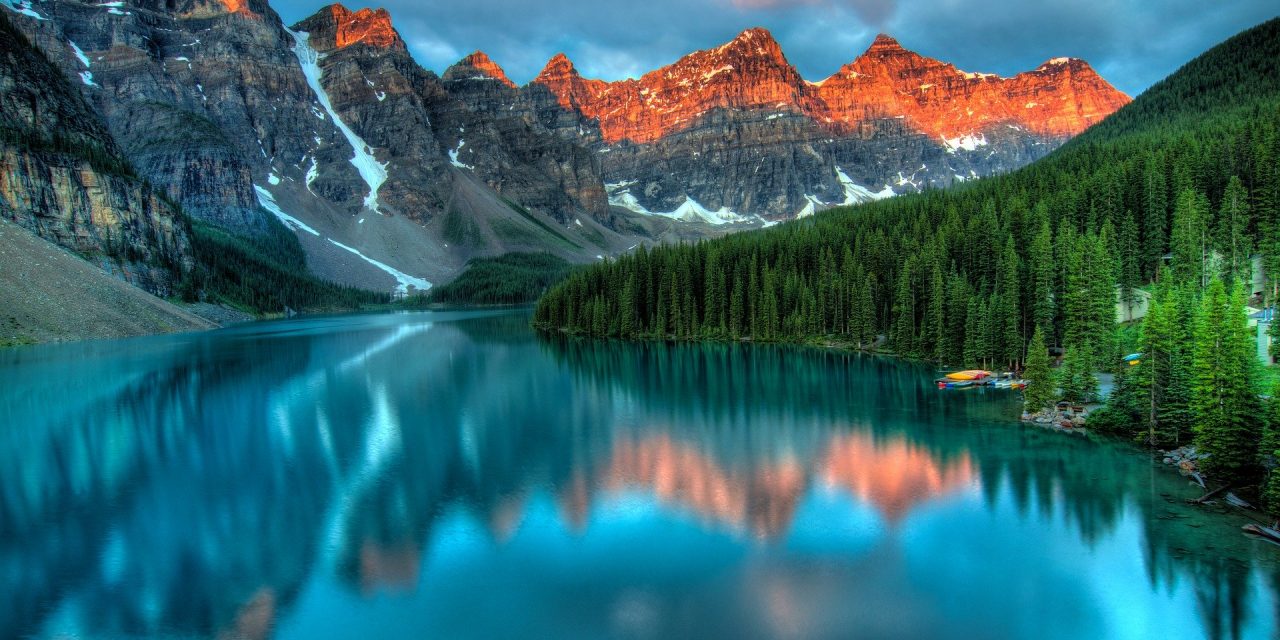 Acceptance is the source of genuine mindfulness. During the turbulence of current events, it is easy to forget that we have little control over what is happening in the world. The tendency to resist and fight against this reality causes a great deal of anxiety and fear. Mindfulness comes from accepting that the world is the way it is for a reason, and we can accomplish little by resisting it.

This approach may sound like resignation, but it is not. There is a difference between accepting that there are things we cannot control and resigning ourselves to making no effort whatsoever. But ironically, accepting the reality that most things are out of our control allows us to be at greater peace and more constructively affect the things we can control.

As much as I would like to control the events that are currently engrossing our nation and world, I can’t. This realization does not mean I do not care, or that I am unwilling to help where I can make an impact, just that beyond that there is little I can do. It is similar to watching the clouds move across the sky. If they are rain clouds, I can put on a raincoat, or go inside and close the window, or I could provide shelter for those who may be in need, but I can’t stop the clouds from coming or the rain from falling. The macro events of our day, like the movement of clouds across the sky, are also beyond our control.

Despite how chaotic things can seem in the world, there is usually little, any of us can do on our own to change or control it, on a grand scale. As we accept this fact and accept the fact that this is the way it is supposed to be, we can relax. Somehow, as bad as things can sometimes appear, it is part of God’s grand plan of redeeming creation from corruption. All creation groans until now. The circumstances we are witnessing and have witnessed throughout history are a mysterious part of God’s grand redemption of all of creation.  Realizing this enables me to respond to life rather than fight against it.  Acceptance of this fact frees us to focus on the little redemptive acts we can bring to the chaos. As Mother Teresa puts it, “Peace Begins with a smile.”

Non-attachment is an essential part of acceptance. It is the practice of not centering our well being in impermanent things. According to Pema Chodron, “Inner peace begins when you choose not to allow another person or event to control your emotions.” It means to be in the world, but not of the world.

Non-attachment is not disinterest or escapism. It is merely the discipline of accessing our peace of mind in the presence of God, which is eternal and permanent, rather than depending on the things of this world, which are temporary and impermanent. It provides the perspective of viewing the temporary things, in space and time, from the mountaintop of eternity.

Worldly suffering is often a sign that we are unhealthily attached to things of this world. When particular things, people, groups, circumstances, events, or ideas are unacceptable to us, this frustration springs from either our desire to keep things the way they are or make them something we think they should be, rather than just accepting them the way they are. Our suffering stems from looking for permanence and perfection in temporary things.

The solution comes from non-attachment to transient things.

Paul says it accordingly, “Therefore if you have been raised up with Christ, keep seeking the things above, where Christ is, seated at the right hand of God. Set your mind on the things above, not on the things that are on earth. For you have died and your life is hidden with Christ in God. When Christ, who is our life, is revealed, then you also will be revealed with Him in glory.” Colossians 3:1-3

Pursuing an identity that is hidden with Christ in God, and detaching our security from the transitory things that compose this world, brings us peace and serenity. This condition is free from the attachment to external things for security and identity. External transient things can be possessions, people, ambitions, institutions, events, knowledge, movements, etc. They can be anything that draws our attention from the peace that resides in God. As we free ourselves from these attachments, and die to the insistence of placing permanence in the things of this world, learning instead to rest in the hidden riches in Christ, we have peace.

Non-Resistance is another avenue to mindfulness in troubled times. In Matthew 5:38-45, Jesus taught this principle when he famously instructed us to turn the other cheek. He added,

“If anyone wants to sue you and take your shirt, let him have your coat also. Whoever forces you to go one mile, go with him two. Give to him who asks of you, and do not turn away from him who wants to borrow from you.”

Jesus taught that the violent resistance to evil was nothing more than the application of that same evil. Jesus’ teachings were an inspiration to Henry David Thoreau. Thoreau was a 19th century American, philosopher, transcendentalist, and abolitionist. He wrote about and practiced civil disobedience as a protest against the evils of slavery before the Civil War. Thoreau’s writings later inspired Gandhi, and Dr. Martin Luther King Jr., in their peaceful movements against English colonialism, and American segregation, respectively. These great men changed the world, not by physical force, but by moral force. They exposed the evils of colonialism and Jim Crow, through peaceful, nonviolent demonstrations, even in the face of violent opposition, and they won significant change for the world in the process.

Water provides a good metaphor for non-resistance. According to Lao Tsu, “Nothing is softer or more flexible than water, yet nothing can resist it.” Water can both humbly form to any container, and over-power or breach any barrier. As we learn to flow with the events and disturbances in our lives, like water, we become an irresistible force that prevails over circumstances rather than fighting against them. The non-reactive peaceful resistance to violence, applied by Gandhi and King, exposed the evils of their day, without resorting to the same violence. Indira Gandhi put it like this, “You can’t shake hands with a clenched fist.”

Non-resistance resembles water in another vital way. It is humble. In the same way that water always flows to the lowest point, non-resistance is always humble. Rather than fighting change, or resisting unreasonable demands, non-resistance exaggerates these demands almost to the point of mockery. In agreeing to carry the bag two miles instead of just one, we disarm our aggressor by introducing them to their own foolishness.  Thus, by yielding, we become unyielding.

Finally, non-resistance flows from abundance. Resistance always demonstrates lack. By resisting, we are fighting the events in our life out of fear. And some sense of lack lies at the center of this fear. We either have something we stand to lose by not resisting or something to gain in resisting. These fears disturb our peace. James attributed the causes of conflict we endure as cravings for things we lack. “You crave what you do not have, you kill and covet, but are unable t obtain it. You quarrel and fight. You do not have because you do not ask.” (James 4: 2)

But non-resistance moves in abundance. We don’t have to fight for our sustenance or forcefully fill some deficiency in our life. Like water, we move from an awareness of abundance. Genuine service can only spring from a sense of inner abundance and security. Jesus came so we could have life in abundance. We do not have to fight for it; we merely need to immerse ourselves into it. He is already there. He provides for us in the same way he supplies for the birds of the air and arrays the lilies of the field.

Although turbulent times bring difficult tests, we need not be the victims of these times. In learning the disciplines of acceptance, non-attachment, and non-resistance, we are able to turn the momentum of evil against itself, and prevail as servants of redemption.  We can cease striving and know that He is God, He will be exalted among the nations, He will be exalted on the earth.   (Psalm 46:10)