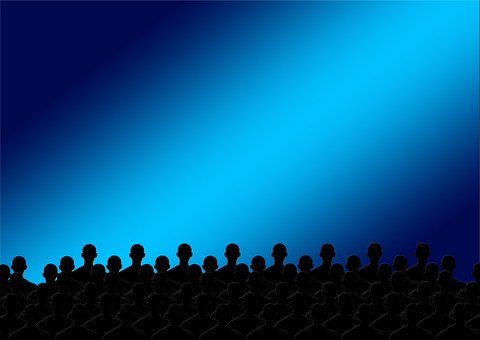 St. John of The Cross most likely traveled extremely far in the ever-unfolding layers of Divine Union, though his famous double-book, The Ascent To Mt. Carmel and The Dark Night of The Soul, stopped its expository deliberations on his famous poem less than halfway through.  Why is that?

Catholic writers like E. Allison Peers have expressed the sense of loss that haunts us because the saint stopped his expositions at the end of Purgation. (There are, to be precise, Peers maintains, glimpses in his some of his expositions point towards Illumination and Divine Union.)  Generally speaking, his masterful prose of mystical theology seems to stop short of detailing the full Christian mystical experience. Church officials saw his writings stopping at the end of Purgation,  the first part in the three-part Christian tradition of the contemplative life: Purgation/Illumination/Divine Union. His poem, though, doesn’t stop there, but arguably completes the entire process.  If we are to give the Christian tradition the benefit of the doubt, as we should, that the ancient monastic path of transcendence developed by John Cassian matches up symmetrically with mystic philosopher Ken Wilber’s State-Stages of the Waking Up process, then Purgation would end and Illumination begin somewhere around the switch-point between what Wilber labels “the subtle” and “the causal” in a five-part process.  This is the switch-point that Wilber says is the “dark night of the soul,” the transition from subtle to casual, where purgation to illumination if the systems match symmetrically.  Again, remember, this is the point where the prose descriptions of St. John of The Cross in the great books of Ascent and Dark Night stop..

This implies that St.  John of The Cross  and Wilber synch well, even if there is the medieval epoch of structure and semiotics shaping the saint’s work. For whatever reason, though, St. John didn’t elaborate on the final five stanzas of his poetry that describe illumination and divine union, (in my opinion), or in Integral theory, describe the movements from casual to witnessing to non-dual. We can only suspect John knew what today’s historians know: that Middle-Aged clergy couldn’t be trusted, at least not most of them.  And describing would illumination and divine union in orthodox Christian language becomes tremendously well. Modern day Christian mystic Thomas Keating does this quite well, though he still gets called a heretic more than any nice guy should.  So St. John of The Cross was probably smart to be cautious, if that was indeed his thinking.  HIs move to stop explaining himself after the third stanza in an 8 stanza poem most likely saved his life from the Spanish Inquisition.   Even though he was emotionally tortured by fellow monastics in “Catholic jail,” and even denounced to the Inquisition, he was never burned at the stake for heresy.  Today, he is considered a Saint.   It was the practical thing to do, and we should expect that from someone who studied the Reason of Thomas Aquinas.

Yet luckily for us modern readers and seekers the poem goes on, leaving the higher stages of mysticism in a swirl of images and flow.   But the poem has enough signifiers to allow us to peek through the Theo-Poetics of his vantage point.  And upon close examination, the fourth through eighth stanzas of St. John of The Cross do indeed describe the higher states, and even reverberate smoothly with the rest of Wilber’s work on state-stages.  In other words, St. John of The Cross left it there for all of us, a sacred poem that he never fully explained:

“On a dark night,
Kindled in love with yearnings–oh, happy chance!–
I went forth without being observed,
My house being now at rest.

In the happy night,
In secret, when none saw me,
Nor I beheld aught,
Without light or guide, save that which burned in my
heart.

This light guided me
More surely than the light of noonday
To the place where he (well I knew who!) was awaiting me–
A place where none appeared.

Upon my flowery breast,
Kept wholly for himself alone,
There he stayed sleeping, and I caressed him,
And the fanning of the cedars made a breeze.

The breeze blew from the turret
As I parted his locks;
With his gentle hand he wounded my neck
And caused all my senses to be suspended.

I remained, lost in oblivion;
My face I reclined on the Beloved.
All ceased and I abandoned myself,
Leaving my cares forgotten among the lilies.”

While I admit this comparison is a bit technical,  I offer the following chart to perhaps make it more clear.  Again, this chart assumes that the Christian tradition, St. John of The Cross, and Integral Theory describe parallel processes that match up symmetrically.  Put another way, this chart and article is a vague sketch at best, as we never got the full expositions of the stanzas from St. John of The Cross himself.

** Edgar Allison Peers, the accomplished scholar of the saint’s work, maintians that there are glimpses of the higher stages (Illumination and Divine Union), as well as hints of expositions of the final five stanzas, in certain passages in the various books of St. John of The Cross, including both the two already mentioned as well as The Spiritual Canticle and The Living Flame of Love .