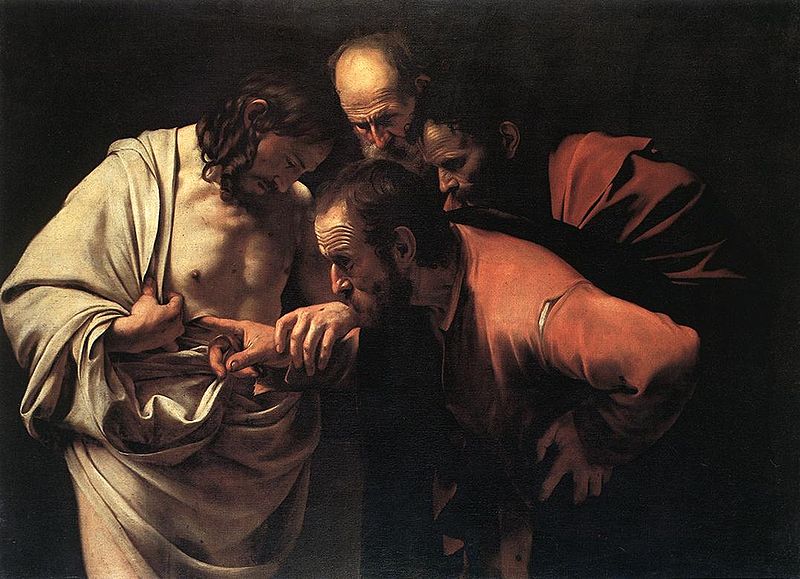 As I was growing up, the meaning of faith and belief overlapped. I never had the difference explained to me by a respected authority, and I’m not sure how much a religious education would have helped. Usually sure of my beliefs, I’ve nevertheless had to mature quite a bit to comprehend faith in any meaningful way. In the process I’ve found that the right image can ground me in a deeper understanding of the difference in these two words.

“Faith” as translated in the New Testament came from the Greek word pistis, meaning trust. “Belief”, originally referring to trust, had by the sixteenth century come to mean mental acceptance. Belief in something means our imagination can make sense of it. Belief lies in the head, while faith often goes beyond our ability to conceptualize. Faith is an experiential knowing; a sense of connectedness with one’s true nature.

The ineffable quality of faith reminds me of how art functions when it transports viewers beyond what it describes. If both belief and faith can be expressed visually, finding the right images might imprint the meaning of each more powerfully. We might think of institutional propaganda as the classic example of asserting belief through images. But how exactly can one picture faith?

In John, Chapter 20, Thomas the Apostle doubts Jesus’s resurrection until he can see and touch him in the flesh. This is the scene of Michelangelo Merisi da Caravaggio’s The Incredulity of Saint Thomas (1601-02), a painting that, unlike others on the same subject, doesn’t merely illustrate that lesson or support religious doctrine. The artist’s unconventional approach to his subject matter results in an image of faith that echoes how it manifests in our own lives. It is a representation of the “unknowing” that is necessary to faith, and so unlike belief.

This difference lies in the fact that belief is an intellectual assent, where faith is an ongoing act of trust.

Faith doesn’t exist outside of life as a framing device. Instead, it is a daily commitment, often silent and unnoticed and a fitting description for what we see occurring in the painting. Caravaggio’s version of the Doubting Thomas story is a modest interpretation: the holy nature of the event is not presented in a grandiose manner. Christ’s face is diminished in shadow and the three apostles (Thomas, Peter and John) appear in a non-idealized way, through signs of age and poverty. Their status is not evident in the way they are dressed, nor do they possess any recognizable attributes.

The scene becomes all the more real for us in the psychology of expressive faces and body language, and the lack of an identifiable setting adds to the feeling that this could be happening anywhere and at any time. Typical of Caravaggio’s work, religious figures are humanized, making them more accessible to viewers, the overall scene detached from anything that would appear supernatural. Thomas examines a wound rendered with tactile realism like a curious scientist searching for empirical evidence.

If we understand faith not as a proposition to be accepted or rejected, but an invitation, we may begin to participate in a dynamic process of unity. This movement deeper into self and presence becomes a relational experience with God. Caravaggio’s painting reproduces this dynamic in the arrangement of the figures as well as their relationship to us. We are brought into the scene by both our proximity to the figures and their life-size scale.

Jesus makes himself vulnerable, answering Thomas’s need (as God answers ours in faith) by guiding the disciple’s hand into his wound as Peter and John are welcomed to look on. The figures are grouped in an arc and joined as one, their heads united to form a diamond at the top center of the picture plane. The intimacy of faith is seen in the huddled bodies and attentive faces suggesting both human drama and emotional depth. The painting is an invitation to the viewer to step into transformation through surrender and love.

Each of us holds a set of beliefs, which color how we see life. Like lenses for different life situations, our beliefs help us make sense of things. But faith lights our path with a living quality that guides us to our deepest selves. Once there, we must willingly surrender to what is.

Similarly, when we enter the space of the painting, we are invited to participate in a unique moment of transformation. This is partly the result of the artist’s use of co-extensive space, within which we stand as a fourth observer of the wound. Free of distractions, we witness the singularity of the moment. Instead of the clear, even light of belief, Caravaggio employs his famous tenebroso technique to paint the illumination of consciousness as a mysterious light. Jesus and his side seem to be its source, into which the disciples have just stepped. They are poised in mid-movement, emerging from the shadows of ignorance into awareness.

When we practice faith every moment has the potential for what the Greeks called ecstasis, or a stepping out of oneself into the light of our true selves, illuminated by a higher consciousness.

The Incredulity of Saint Thomas presents faith as an intimacy with the body of Christ, when we are most human. As Thomas’s finger enters the wound, the blunt physicality emphasized points to the human dimension of resurrection. Witnessing and participating in Thomas’s recognition we return to our own experience inspired to touch the source of life through our own faith. Belief may sometimes be a necessary starting point. Yet only when we leave behind our limited mental constructs are we free enough to recognize the holy- as Caravaggio did in the messy lives of the people of his day- glowing in beautiful ways.