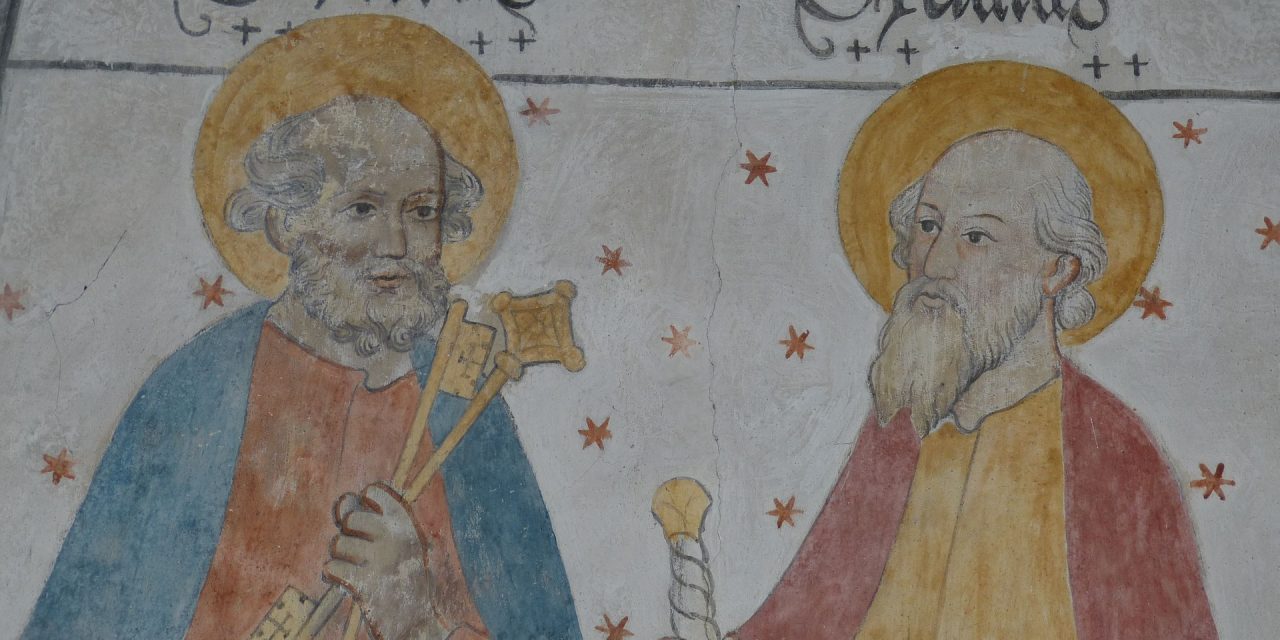 In addition to the Paul’s conversion and his dreams and visions, what I’m considering to be his near-death experience (NDE) provides a profound lens into the mystical nature of his testimony and ministry.  If you read closely, it is pregnant with meaning.

Paul refers to this experience in the 12th chapter of of 2nd Corinthians.

“It is doubtless not profitable for me to boast. I will come to visions and revelations of the Lord:…”

In Chapter 11 and 12 Paul is defending his apostleship.  Prior to this he shared the hardships he had undergone in his ministry, then he switched to discuss visions and revelations he had experienced. Again talking as he was referring to someone else partially to avoid the appearance of boasting.

The fact that Paul is sharing this the way he is implies a couple of important dynamics that were at play.  First, just as the information regarding the hardships he had undergone must have been common knowledge amongst the people to whom he was referring, so must have been this information on his visions, revelations and his NDE.  The fact that he had experienced an (NDE) and saw it as relevant or important, implies that it was most surely common knowledge for these people to whom he was writing.

In addition, the fact that it was not dismissed, when offered as evidence, means that such experiences were probably common in the world of Paul’s day and considered legitimate sources of authority and truth.   Our secular, post enlightenment culture, and world view has unfortunately closed this door to most of the modern Western World and most of modern Christendom.  God still speaks to us in dreams, visions, and mystical spiritual experiences and they enrich those who experience them.

He was not sure if he remained in his body or left it but he did know he was caught up to the 3rd heaven.

According to chapter 8 of the Second Book of Enoch, the third heaven is the “…PARADISE OF  EDEN, between corruptibility and in-corruptibility.” References to a third heaven, also occur in (NDE’s) from modern times. Here is an interesting account:

When I first arrived in the second heaven, I knew immediately in what direction I must go to reach the third heaven where God was. I don’t know how I knew that, but I did….. I was aware that I was traveling in that spirit world under the protection of the Holy Spirit, and that the angels who were escorting me were also moving about under the protection of the Holy Spirit.”   (Howard P. NDE https://www.nderf.org/Experiences/1howard_p_nde.html)

The Apostle Paul referred to the third heaven as Paradise.   He continues:

And I know such a man—whether in the body or out of the body I do not know, God knows—how he was caught up into Paradise and heard inexpressible words, which it is not lawful for a man to utter.

Paul clearly had a mystical experience that transferred him into a heavenly domain where he heard inexpressible words that could not be uttered.  He also seems to be at least partially crediting this experience with his revelations about God and Christ, which were also deeply mystical.  More on this soon.

Interestingly, it is common for people today who have had (NDE’s) to proclaim that they were more real than the experiences that they experience in this world.  They also typically lose their fear of dying and possess a deep confidence about the life to come. Afterwords, they tend to see this world as more of an illusion than the one they experienced in heaven.  This is also very consistent with Hindu beliefs regarding the illusory nature of 3 dimensional reality.

Anyway, Paul credits this mystical experience as a source of the authoritative authenticity of his apostleship.  Again, this speaks both to the fact that this experience was commonly known to the people to whom he was referring and that it was an event that had enormous enough significance to the people to be influential.

Many think this experience occurred in conjunction with Paul’s trip to Lystra in Acts 14.  This lines up historically with Paul’s claim that it had occurred fourteen years earlier, while Paul was in Lystra. He was performing many signs and wonders, and some Jews came to stir up trouble against him.

But Jews came from Antioch and Iconium, and having won over the crowds, they stoned Paul and dragged him out of the city, supposing him to be dead.  (Acts 14:19)

This passage provides strong evidence that Paul had indeed died. Stoning was a common means of the day for killing heretics.  The Jews were carefully practiced in it. As we have seen, Paul himself oversaw Stephen’s stoning. Amateur’s in the Law would not have been sent from Antioch to deal with someone of Paul’s stature.  Talmud traditions see the cessation of life as the time that breathing stops.

This is what they would have checked before they completed the stoning.  They would have also confirmed it after dragging him from town and leaving him for dead. There was too much at stake for them to have handled this carelessly.  Had he been breathing they would have surely finished the job.  It is clear that at least the Jews were sure he was dead.

This belief is also demonstrated by the actions of the other disciples.

But while the disciples stood around him, he got up and entered the city. (Acts 14:20)

The disciples were merely standing around him.  They were not trying to revive him or minister to him. Or even lay hands on him to pray.  They were just standing there.  They too were probably sure he was dead.  They must have been as surprised by Paul’s sudden recovery as the Jews.  I think the fact that Luke documents this event in such a nonchalant or matter of fact manner, is also due to the fact that the event was well known in the people he was writing for.

Finally, Paul must have been miraculously healed not just brought back to life.  Injuries inflicted by stoning are significant.  The actual cause of death in stoning is blunt force trauma.  In order to accomplish this the rocks must be small enough to throw with force yet large enough to do extensive damage.  Rocks like this would have left enumerable bruises, broken bones, along with glaring facial and head wounds. It must have been a gruesome sight.

Yet Paul not only stood up, he walked into town by his own power.  This had to be a significant miracle and no doubt one of the reasons they made so many disciples and encouraged so many believers on that trip. It is also important to note that people who report near-death experiences often report significant healings also. Amazing miraculous recoveries from cancer, brain disease, dire injuries, fill the pages of books written by near-death experiencers.

No doubt, as with many (NDE’s), Paul’s miraculous recovery was offered as much as an encouragement for others as it was for him. It certainly encouraged the disciples in Lystra. I believe that God is using (NDE’s) today to break through the dreary materialistic view of the world and demonstrate the magical nature of life both in this world and in the world beyond this one. There is no reason to fear death. As it does for us today, Paul’s experience lifted the spirits of his companions.

…strengthening the souls of the disciples, exhorting them to continue in the faith, and saying, “We must through many tribulations enter the kingdom of God.”(Acts 14:22)

Finally, Paul’s experience in the third Heaven certainly contributed to many of his revelations of God and Christ. I believe that this NDE, at least partially contributed to the eyes of his heart being enlightened so he could know what was the hope of Christ’s calling, and the riches of the glory of His inheritance in the saints. When Paul prayed that prayer for the Ephesians, he was simply praying for them to experience the same connection to God that he had experienced. This exposure to heaven also played an important role in opening his eyes to the mystical oneness of the Body of Christ and the Cosmic nature of a Christ, from which all things come and by which all things hold together.

In part III of this series, I will discuss a few of these mystical revelations in more depth.