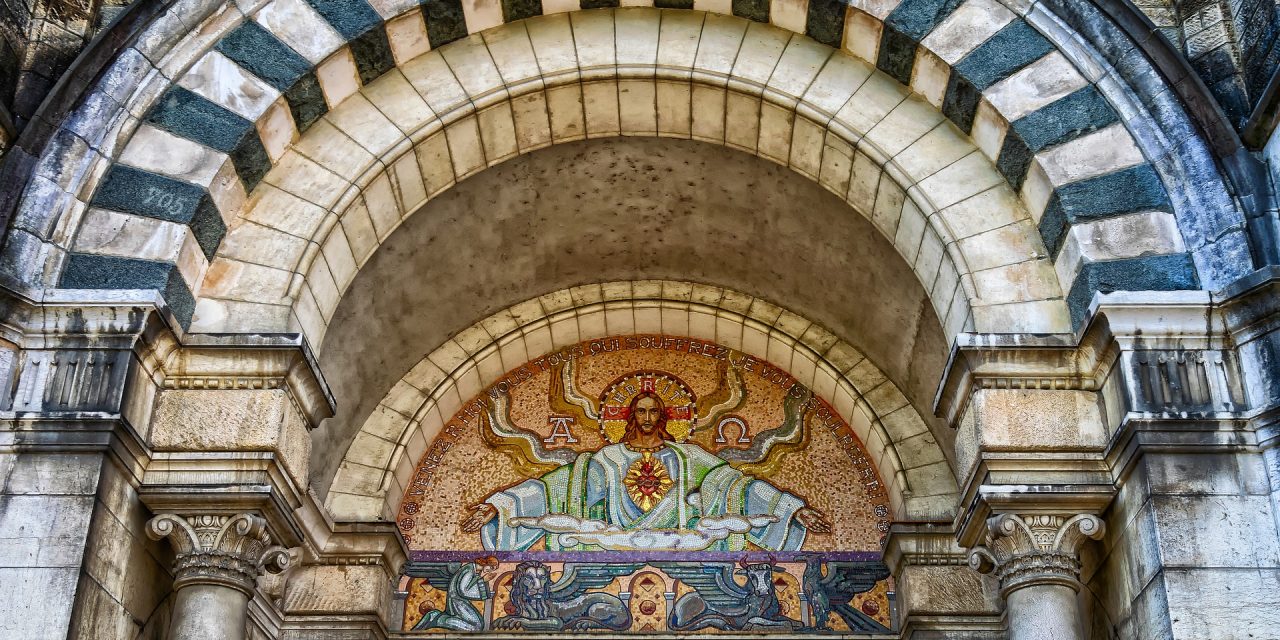 I slipped out of the house around 1 A.M., taking care to muffle the creaking front door. The neighborhood slept, its few streetlights casting a weak glow on lush yards and slumbering brick houses. I started my car and headed to church. A week earlier, I had signed up to keep the Maundy Thursday Vigil, agreeing to symbolically sit with Jesus in a candlelit Garden of Gethsemane. I chose the early morning watch because of a sense of re-enactment, hoping to be present at the hour when Jesus prayed.

On my drive, the stop lights blinked yellow. I passed a lone car as I wound along a silent route flanked by dark pastures. The starless sky and the earth mingled mutely, blended and undefined. The church sign soon came into view, a lone beacon.

Inside, I padded across the aging linoleum floor of the fellowship hall, approaching the door to the vigil space. I paused and peered through the door’s small window, studying the orange scene beyond. In the vigil area, a couple of faint figures sat in the warm light of candles. I slowly pushed the door open, easing in. A husband and wife within must have been waiting to be relieved, anticipating the next shift. As I entered, they rose, gathering their things and heading into the night. I gave a slight nod and settled into a chair, turning my gaze toward an array of greenery and gentle flame.

There I sat. An exit sign beckoned above the little garden. The hum of a heater and other artificial whirs disturbed me at first, but the low-level noise eventually became a soothing base, mantra-like. I stared at the plants, the candles, the crucifix draped in lace at the heart of the display. I sank into peace.

The sensory gave way to thoughts of Christ, who often sought God in lonely places, presumably beyond the sensory. He knew God as God and heard God in the wilds. He burned through our gloom as he had burned eternally, speaking life even in the dreary passages of the underworld.

Deeper and farther I drifted.

If you so burn, I said within to Christ, then God is truly light and life inexorable. There is only constant being and brightness, generative eternity.  This was obvious and elementary, made clear by John. But John’s message is so cliched, I complained. ‘God is light and life’ is trite, meaningless after millennia.  The stillness and the quivering flames replied, But what greater truth could there be? The light shines in the darkness, and the darkness has not overcome it.

In the silence where God dwells, I heard those old words anew, the living source proclaimed. It gleams beneath shapes, ever-kindled and non-composite.

Is that what Christ reached for as his friends slept? With death so near, did he try to remind himself of the simple light and its seamless shining, of his place in the light and as the light? Is that how he loved indiscriminately and moved through riven people? Is that what came to him out there among the scrub and the wild dogs?

The answer becomes clear in the still hours and places, during calm vigils. It stands unvarnished between breaths, unblinking and burning without consuming.