In my earliest days of seeking a better me, better way of life, (1970s) I felt that religion, psychology and art, working together, somehow, functioned to awaken the personality; guiding one on a path of understanding one’s purpose (I later called this process Aligning Oneself With Higher Good). I’ve long seen art as a communication tool beyond pen and brush; we are all creative in a multitude of ways – keeping a tidy home is only one example of art that reveals one’s personality. Yet, back then, I could not create art with pen, pencil, or brush; even though I was very creative, resourceful, at designing my own independent studies (B.A. and M.A.) degrees. I had lots of ideas but no traction on how to make what I wanted to happen, creatively happen.

Thus, stumbling forth on my search for a better me, better life, I pursued studies in psychology, various forms of communication, studio arts and explored a variety of religious traditions, while living in ashrams and monastic communities over a period of forty years. After all of that, something was still missing in my so-called rise into a satisfactory Better Me. I did not like me! Oh, much had changed, improved, of course, but I still could not artistically create with pen and paper, nor write creatively, nor could I let-go of past traumas, nor could I experience successful relationships. What was holding me back?

One day, a few years ago, reading postings on a Facebook friend’s page, I noticed an item called Neurographica. Yes, I went down that rabbit hole. It was deep. I signed up for classes, completed the certification process, during which I was surprised to see archetypes show up in my drawings. Icons and symbols that were not in my head when doing the drawing leaped out to me as I began to color the drawing. I became hooked on this work. Something was making a connection. I did not understand why I was so attracted to this work that, to me, did not look like Art; but captured, I was.

After I had completed the certification process I felt no interest in teaching Neurographica, what I felt was a compulsion to redo the entire training again without the distraction of the zoom classroom. I wanted to be alone and dive into the work. I began at the beginning with the first algorithm: Releasing Inner Limitations. It takes about two hours to complete this particular algorithm. I spent double that time on it, and drew it, abiding all the NG rules and principles… seven times, over seven days; focusing on childhood trauma. At the end of that week a magical dream of flowers came to me, and I drew them from memory. This was a first for me; to draw what I envisioned in my own mind.

Now, please allow me to digress a moment. As a teen I was removed from the family; for my own protection. In 2014, my half-sisters and I reunited after many decades of no contact; they had remained in the home because they were babies when I left. When some of us got together, one of my sisters and I talked a lot about our childhood. In our talks, both she and I experienced a validation of our history, (the same things that had happened to me had also happened to some of them) and we realized that we both still carried deep pain, anger, from our childhood woes.

Now forward, about the time my one sister and I began talking about the past, I had also signed up for the NG classes. By the end of my week-long redo/focused time alone, on the drawings, I noticed a difference in me when sis and I again talked about our history.

More clearly, after I completed my intense seven day redo on the NG art, and dreamed of the magical flowers, I knew I had at last emptied out the anger and hate. I could feel the difference physically, emotionally, thoughtfully. I could say the word Mother without my stomach crunching. For the first time in my life I no longer carried a hate towards that past. For the first time I felt a healthy flow of energy throughout my system when I spoke of, or thought about the past. And here is another leap forward, while the 2020 politics and COVID pandemic went crazy for most people, I was able to comfortably lockdown and observe. I am keenly interested in our cultural ups and downs, yet, now, I notice that I am more an observer. I’d let go of the need to bash anyone. To be angry.

So here is my take-away on my breakdown-breakthroughs: from my energy explosion within followed by a catharsis (1980s), throughout trainings in meditation, Jin Shin Jyutsu (acupressure), studies in the psychology of the chakras (seven primary vortexes in the body), studies in the power of our thoughts and words, and Neurographica Art (realignment of the neurons), from all of this, I have been on a path of experiential learning about Energy and Consciousness. The Cosmic Force of all life – Creator. The Flow of Energy and Consciousness. When circumstances create a block there is no flow. Growth and change is hindered. When the energy block is removed we call it a transformation. Wheee – how good can it get?

Here, I share two primary photos of my Neuro-Chakra-Art (N/C/A the title of my work, integrating chakra and NG principles). The first photo/drawing comes from the first algorithm: Removing Inner Limitations. The second photo/drawing is a spin off from the algorithm: The Neuro Tree. The third photo/drawing is a drawing – all its own – The dream drawing. This one shows me that I can draw, from my own mind.

I bow in gratitude to our Creator of All that IS.  ~ PJS 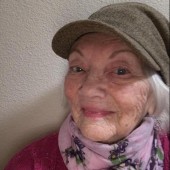