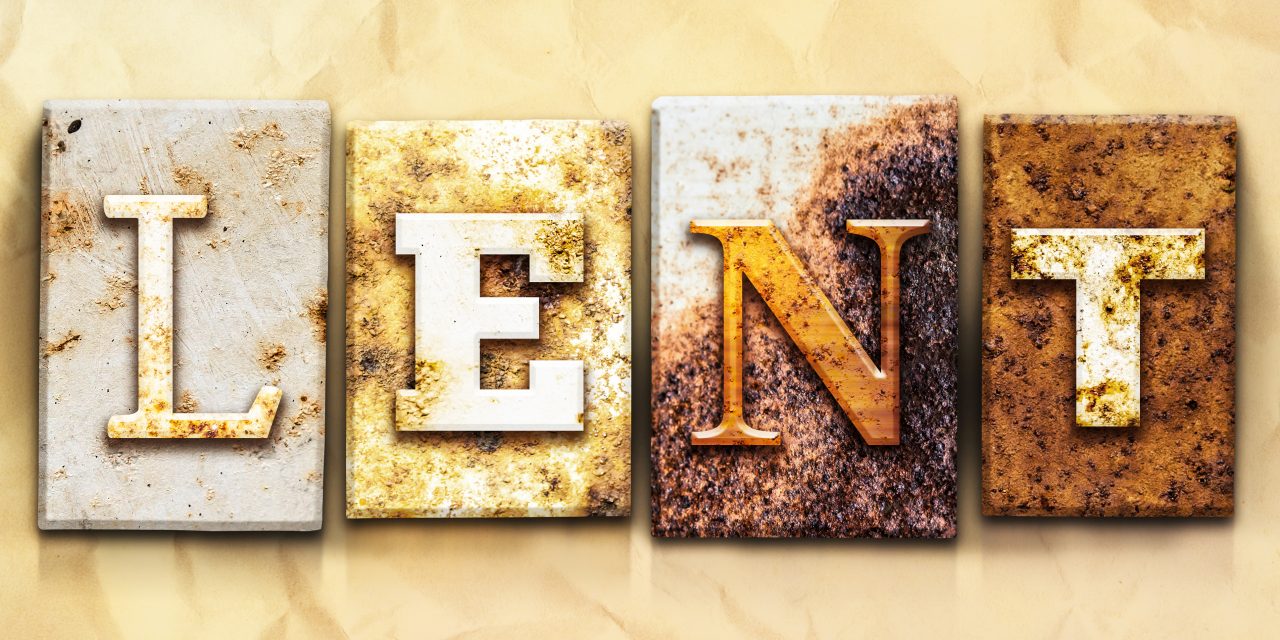 A TIME OF PREPARATION

How would you prepare yourself for the most holy of all celebrations? Easter is the holiest festival in the Christian calendar. The first generation of Christians wrestled with this question and that dialogue continued for nearly 200 years. What they resolved is the season we call Lent.

The first Christians drew from their Jewish heritage for guidance in celebrating such a significant event as the resurrection of Christ. After all, Jesus was a Jew and so were the first disciples. So, let’s look at some strands from the Jewish tradition that connect with the Christian season of Lent.

Most Christian spiritual practices have roots in our Jewish heritage. Lent and its related traditions of prayer, fasting, and charity are no exceptions. The Jewish tradition offers some amazing parallels with these Christian observances.

The Day of Atonement, or Yom Kippur, was the holiest festival of the year for the nation of Israel. It is the only day when a national fast was required by the Torah. Fasting, repentance, and prayer were the order of the day.

Fasting was not a widespread practice in Israel until the time of the prophet Malachi around 420 B.C. This was the beginning of the intertestamental period that lasted 400 years until the time of John the Baptist in the 1st century C.E. It became quite common for pious Jews to practice fasting as an ongoing spiritual discipline.

Fasting as a discipline was rarely practiced on its own. It went hand in hand with fervent prayer and charity or almsgiving. There is a beautiful description of this interrelationship in the Apocrypha. This is a collection of Jewish writings from the intertestamental period. We find this passage in the Book of Tobit:

Prayer is good when accompanied by fasting, almsgiving and righteousness. A little with righteousness is better than much with wrongdoing. It is better to give alms than to treasure up gold. For almsgiving delivers from death, and it will purge away every sin. Those who perform deeds of charity and of righteousness will have fullness of life; but those who commit sins are the enemies of their own lives (Tobit 12:8-10 RSV).

It is interesting to note that Jesus, in his Sermon on the Mount, admonished the Jews on the way they practiced prayer, fasting, and charity. He pointed at people who did these acts of piety to show off their righteousness. He called them hypocrites because they had false motives. They made sure that other people saw their piety and so they would not receive any spiritual reward.

By the time of John the Baptist, the Pharisees had established a practice of weekly fasts on Mondays and Thursdays. They believed that such a strict intensity of self-denial would accelerate the coming of the long-awaited Messiah.

The observance of Lent and Lenten practices also has roots in the Jesus tradition. We know that Jesus spent forty days in the desert preparing for his public ministry. He ate nothing at all during these days and became very hungry.

Jesus fasted to prepare for holy service. This is a parallel concept with preparing for a holy celebration, like Easter. His disciples understood this tradition and carried the practice of fasting into their Christian spirituality.

Jesus also gave a hint that fasting would be an appropriate way to mourn his death. The Gospel of Luke tells a story where a group of Pharisees challenged Jesus because his disciples did not follow their practices of fasting.

Jesus answered, ‘Can you make the friends of the bridegroom fast while he is with them? But the time will come when the bridegroom will be taken from them; in those days they will fast’ (Luke 5:34-35 TNIV).

Remember that fasting is an expression of grief during a time of mourning. Every good Jew understood that fasting was inappropriate for a celebration or feast. A wedding is not a time for fasting.

Then Jesus hinted that the bridegroom, he himself, would be taken from his disciples. He made the point that there would be a time for fasting to mourn his death. His disciples remembered this hint and instituted a fasting period to mourn his death in preparation for the Easter celebration of his resurrection.

The observance of Lent, including fasting and charity, as preparation for Easter was part of the apostolic tradition. In terms of Christian history, the Apostolic Fathers were disciples of the Twelve Apostles who left behind a collection of writings ranging well into the 2nd century.

The practice of fasting was established to prepare for the celebration of Easter while the Twelve Apostles were still alive. But the time for fasting, when it should begin and when it should end, varied.

Jewish Passover was fixed on the fourteenth day in the month of Nisan. Therefore, it was observed on any day of the week. However, as time passed, Sunday, called The Lord’s Day, became the day when Christians recognized a weekly celebration of the resurrection. All of this is part of the apostolic tradition.

As a point of interest, Irenaeus (died 202 C.E.) was the first person to collect all the writings that make up the books of the New Testament. He also had several other writings in his collection, like The Shepherd of Hermas, that were treasured by early Christians. Irenaeus also recorded significant events in the life and ministry of his spiritual father, Polycarp.

The dispute is not only about the day, but also about the actual character of the fast. Some think they ought to fast for one day, some for two, others for still more; some make their ‘day’ last forty hours on end.

The Eastern churches celebrated Easter on the day after the Jewish Passover without regard to the day of the week. Western churches, under the authority in Rome, observed the celebration of Easter on Sunday, the Lord’s Day. But issues about fasting are even more complex.

In that same letter, Irenaeus explains the reasons why the differences in observance could not be resolved:

Anicetus could not persuade Polycarp not to keep the day, since he had always kept it with John the disciple of our Lord and the other apostles with whom he had been familiar; nor did Polycarp persuade Anicetus to keep it.

When Polycarp prepared to leave Rome, he and Anicetus embraced in a sign of peace and brotherly love. Although, in some ways, their differences were great and strongly held, they both understood that unity in the body of Christ was a greater matter than their differences. That is a tradition worth remembering and keeping even today.

Disputes about Easter, fasting and the appropriate period for Lent continued. There were even differences about the type of fasting. Some ate no food at all. Others fasted meat, poultry, and fish. Still others abused the fast by preparing feasts of rich delicacies from foods that were allowed during the fast.

By the time of John Chrysostom, however, a fairly common practice had developed among the churches of the East and the West:

Therefore, our forefathers, considering the mischief arising from such careless approaches, meeting together, appointed forty days for fasting, prayer… and alms-deeds.

The common practice for fasting during the forty days of Lent was to abstain from all food beginning at sundown until three o’clock the following afternoon. Even then, the meal was to be moderate and not lavish in any way.

Remember how Jesus pointed out that fasting and celebrating do not mix? Well, since Sunday, the Lord’s Day, was the celebration of the resurrection, it was exempted from fasting during Lent. Still, church authorities admonished the faithful to maintain moderation in Sunday meals to keep an attitude of solemn preparation for the celebration of Easter.

Then on Good Friday and Holy Saturday, the people were admonished to abstain from all food, if they were able to observe the death of Christ. This fast ended on Easter morning with the celebration of the resurrection. On Easter Day, there was a festive meal celebrated by the entire community of believers.

In this same period of church history, a tradition of instructing catechumens during Lent was developed. Any group of people engaged in basic instruction on the Christian faith as preparation for baptism were called catechumens.

It became a tradition for the Catechetical Lectures of Cyril of Jerusalem (died 386 C.E.) to be read during Lent as instruction to the catechumens. The lectures addressed basic doctrines of Christian faith and tradition. These new believers were then baptized into the church on Easter.

The apostolic tradition regarding prayer and fasting is recorded in a document known as the Didache, also called the Teachings of the Twelve Apostles. Their instructions give us guidance in forming personal Lenten disciplines and are useful for the practice of these spiritual disciplines in general.

The Didache contains this instruction about fasting before baptism on Easter. As you will see, everyone is encouraged to fast.

Then there is this instruction about prayer. We are invited to pray the Lord’s Prayer in place of the Eighteen Benedictions, a prayer that was said by the Jews in those days.

Concerning the Lord’s Prayer, Pray in this manner three times a day.

Pious Christians in these early days took on additional times of prayer. Fasting was encouraged throughout the forty days of Lent, but it was not enforced. Food items, or the money to by food that was saved by fasting, were given to the poor as an act of charity.

Now consider some practical ways to integrate these traditions into your own Lenten observance. Keeping with early church tradition, these are matters of personal preference and conscience. Choose the disciplines you want to practice based on a personal desire to prepare for celebrating Easter and grow spiritually.

Fast from food only if your health allows. The Desert Fathers understood that the same rule for fasting is not good for all people. So, find an amount and a pattern for fasting that is suitable for you.

Some people are more able to abstain from eating than others. Factors like body size, health, metabolism, and level of physical activity must be considered. Consult your doctor if you have any health concerns before committing to any type of fast.

Here are some options you might consider for times of fasting.

Here are some traditional types of fasts.

Add times of prayer to your days of Lent.

Here are some ideas for practicing charity: 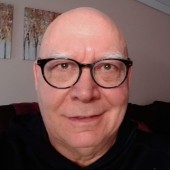 Rev. Calvin Wulf is a contemplative spiritual guide who believes that God is love. He is a respected spiritual director and retreat leader. Calvin is passionate about encouraging people along their spiritual journey. He is a graduate of the University of California at Berkeley, had a 20-year career in corporate human relations management, studied theology, and spiritual formation through Fuller Theological Seminary, and made The Spiritual Exercises of St. Ignatius 30-day silent retreat at Sacred Heart Jesuit Retreat House in Colorado. Calvin and his wife Lisa live in Colorado.