Is the fear of death the beginning of misery? 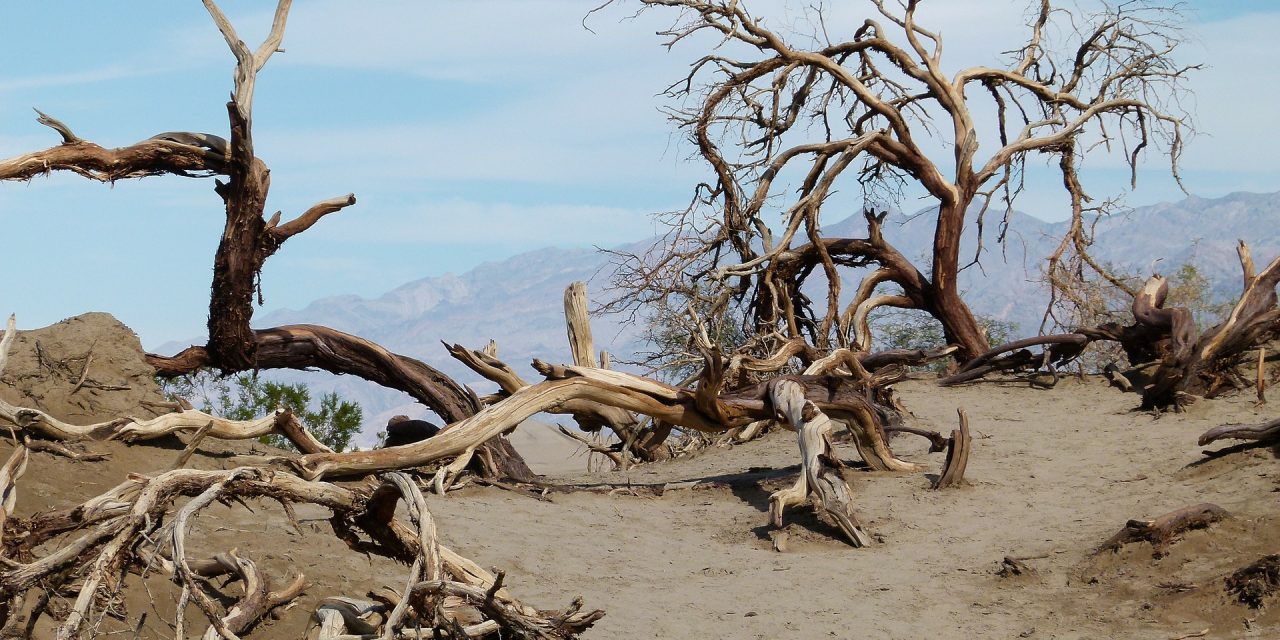 Is it possible that all misery ultimately resides in our fear of death? Like the branches of a tree that extend from one trunk, our fears branch out from a single source. Perhaps our worldly suffering is grown on this tree. Maybe all other forms of misery are all merely forms of the fear of death with a little d.

This topic may seem a little dreary, but I assure you, my motives are far from gloomy. Thinking carefully about death and fear can ironically provide us with a great deal of life and peace. But before we get to the peace, we have to consider a couple more potentially gloomy questions.

To accurately determine whether the fear of death is the real source of all misery, we need to answer a couple more fundamental questions. What is death? And what dies? Now, of course, all organic life dies. That kind of death is a normal part of the circle of life, and aside from other considerations, leaves nothing to fear.

For fear to accompany this natural organic cycle, other pre-suppositions have to exist.  If death is no more than the end of Organic life, and life is purely organic, as the atheist suggests, what is there to fear. If the atheist is correct, nothing. If we cease to exist, there will be no one to be afraid. Why fear this. But maybe the fact that we all do, at least a little, hints at the source of the real fear of death.

Maybe, even for the atheist, there is an eternal pulse. A spark that cries out for a personal significance that transcends physical life. A hope that life is not merely a random futile blip on the radar screen of time and space. Perhaps even the unbeliever fears death because they secretly desire ultimate insignificance.

Haven’t we all secretly feared the prospect that this life is all there is, and death is a final, insurmountable end to our identity? That is a dreary prospect.

Fortunately, our fear of eternal insignificance hints at the answer to this fear. The very fact that we are aware of our existence, enough to fear our existence being suddenly erased, hints at our transcendence. The very existence of self-awareness begs an important question. Why do we possess self-awareness? And what is the origin of this awareness?

For other animals, we presume this is not the case. Although they possess various degrees of intelligence, and an instinct to survive, which keeps them alive, they never stop to imagine the meaning or reality of their existence.

We, on the other hand, possess this capacity. The atheist would argue that this awareness is merely the bi-product of a sophisticated physical brain. Materialist scientists argue likewise.

However, materialism is gradually losing this battle as theists, philosophers, sages, prophets, and scientists who are less invested in a purely materialistic world, are successfully challenging this view, and arguing persuasively that perhaps the material world is the product of our awareness, or what they would call consciousness. In other words, consciousness is fundamental to matter rather than matter to conscientiousness.

If so, our awareness of ourselves is uniquely creative and transcendent; and our desire for transcendence, originates from our genuine makeup. It is a consequence of that nature. This truth is what the Hindu Upanishads taught with their cherished concept, “That Thou art.” Meaning this higher Consciousness, that perceives and understands all, but can’t itself be seen and understood, is what you originate from, in the way that a pot is the product of clay.

The Hebrews claimed likewise in teaching, “we are created in the image of God.” And the Christian teaching on Communion shares this also, “In Him we live and move and have our being.” Our life comes from our connection to a self-existent, eternal God.

If we are created in God’s image, who is eternal, how can we die? God would have to die for his image to elapse. We are created for eternity.

But don’t we also fear change? And don’t we also fear being separated from people we love and things we desire? Maybe our fear of death resides also in something as practical as this. If our fears lie in our fear of change, I ask this, When does change stop? Change never stops, does it? And does not perpetual change result in continually separating us in one form or another, sometimes gradually and sometimes drastically, from people we care about, and things we like. Isn’t the gradual separation from things also often permanent? So isn’t death just a slightly more extreme version of the life we are already living?

Aren’t we just afraid of losing things and people that we can’t permanently keep anyway? Buddha taught that desire is the product of suffering because desire resided in continually changing things. The suffering arose from our futile efforts to arrest permanence from things that offered only impermanence. Peacefulness comes as we detach these expectations of permanence from impermanent things, and accept life as it comes to us.

Genuine security resides in the thing that makes us permanent, our transcendent nature. The thing by which we are connected to all other things and people but eternally dependent on none. Our security comes from our connection to, and our existence in God, not our circumstances, possessions, and relationships.

Not that possessions and people do not possess value, which requires our care, but only that their value cannot erase their impermanence.  “All flesh is like grass, and it’s glory like the flower of grass. The grass withers and the flower falls off, but the word of the Lord abides forever.” (1 Peter 1:24)

The fear of losing things due to change, whether it be gradually, throughout our life, or drastically in our physical death, are merely products of the same fear of death. In a gradual sense, our fears over losing things of this world are simply death with a little d instead of death with a big D. It is in our resistance to this inevitability that produces suffering. Whether it starts with a little d or a BIG D, such fear grows on the same tree.

Since we now know what death is and have also examined where true life comes from, our transcendence, we must begin to look into what part of us suffers from the fear of death. What is the part of us that dies?  The degree to which our identity is invested in this world’s things will be the degree to which we experience death.

In addition, our survival instinct, which many refer to as our ego, is heavily invested in our survival. Since the ego will perish when we physically die, it is particularly sensitive to the thought of dying. So our fear of death is really our ego’s fear.

However, this instinct, which has enabled the human species’ physical survival over eons, has become very crafty in the last few thousand years. Initially, it was happy to warn us regarding serious threats—risks, like lions and tigers, or the elements, or rival tribes of angry humans. But as our technological capacity has provided more sophisticated insulation from things that were once serious threats, the ego has graduated to bigger and arguably lesser things.

The ego now functions a great deal of the time in the psychological realm. Promoting these threats, real or imagined to the level of that approaching tiger. The threat of approaching enemies instinctively causes the fight or flight instinct to go into effect, which forces the blood to our arms and legs. When the threat has passed, and the urge to run or fight is no longer necessary, the normal blood flow returns.

Also, since survival in this world is the ego’s primary goal, the ego logically elevates the importance of this world and its things. The rationality, awareness, and transcendence that make psychological powers possible in the first place are quickly sacrificed to secure the things of this world. The apostle John warns us against this accordingly.

I believe that John is cautioning against displaced love and identity. The love of this world, values the things of this world, exclusively. This love is at the expense of the love of a transcendent God that gives us the ultimate meaning and purpose for living in the first place. We are not what we own.  We are not what we have accomplished. We are not who we know or how much money we have accumulated. We are the transcendent awareness of all those things. It is the things we can not see that give meaning to what we can.

The ego that knows its place is an effective tool for helping us avoid physical danger. The ego that doesn’t know its place inflates the value of the things of this world, exclusively. This is fleshly, arrogant, and lustful.

According to Plato, “Courage is knowing what not to fear.” The fear of death, whether it be gradual suffering of death that accompanies our displaced security in things that continually perish, or the actual end of our physical existence, is the beginning of misery, because it is chiefly the product of the ego. It comes from the effort to arrest eternal value out of things that are only temporal. What we should be fearing are not the things that rob us of this life or the loss of the things in this world. What we should be fearing are the things that rob us of our true purpose and identity, both in and beyond this world.

If the fear of death is the beginning of misery, connection to God is the beginning of peace. And our hearts stayed on that will keep us in perfect serenity, regardless of the circumstances we find ourselves.  Today’s challenges involve much change and uncertainty. But by placing our security in our transcendence, our true reality, we can see the world, it’s changes, and challenges in perspective. We can be still in our transcendent awareness in God.