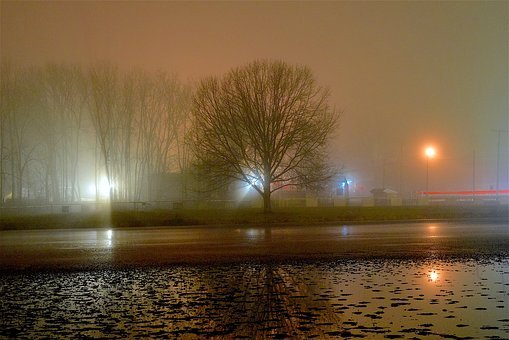 Many philosophers and spiritual thinkers who believe all of the major world religious traditions to be valid paths to transcendence end up doubting Christianity the most.  Largely, this is because many of these Western thinkers themselves were raised Christian, and they most likely did not get an introduction to our mystical tradition.  Rather, they were fed dogma, rules for behavior, and a social network.  Seeking more, they embraced religions like Buddhism, Taoism, and Hinduism eagerly.   This is nothing new in contemplative circles; in many ways it served as the incentive of Thomas Keating’s work on Centering Prayer, as well as an increased amount of “contemplative prayer groups” of some form in Protestant and Catholic churches.

Of course, the literature of Christian Mysticism has some of the best descriptions of “mystical states,” despite its common criticism by the Buddhist-minded that Christianity too heavily emphasizes form and under-utilizes emptiness.  That’s not really the case, though, if we can look through Christendom’s biographies without being victims of our own cultural distortions and provincial-in-time projections.  Evelyn Underhill’s Mysticism includes excerpts from the writings of the saints and mystics themselves, and they are full of beautiful mystical depictions of the higher levels of consciousness in all of Christian mysticism.   Her stages of development, as far as “mystical stages” matches up quite well with the state-stage developmental theories of philosopher Ken Wilber. Yet rather than using abstract, philosophical  language of her own making,  she uses first-hand accounts to identify the stages of mystical development. To be more accurate, Wilber used Underhill’s work, not the other way around, as Underhill came much earlier, and she has long since passed.   The point, here, is that the literature of Christian Mysticism has more breadth of experiential mystic accounts than we typically assign to it.  From Meister Eckhart to Thomas Merton to people you’ve never heard of, many Christian seekers have spoken eloquently and mysteriously about the marvelous journey into the heights and depths of God.

Both  Wilber and Underhill have five stages of consciousness, and the end of one state and the beginning of another is called the switch-point (Wilber’s phrase).  Each switch-point is a crucifixion and resurrection, a death of one aspect of the self that gives rise to a re-birth of a deeper, higher, and more fully integrated aspect.   To a large degree, the life of Jesus of Nazareth and the Mystery of the Cross is the process we follow as we “wake up” from one ascending level to the next.  Each time, there is a crucifixion of sin and temporality and a resurrection of the eternal and sacred.  Really, the eternal and sacred is there all along; the layers of sin and ego just need to be peeled back.  Each time, there is pain and healing, and with each successive stage, there is a deeper sense of calm, happiness, and health, even though our trajectory rarely has a perfect linearity.

Yet Christ is more than just the river of our path.  Christ (and remember, I am speaking about contemplative process, not theology) is a groove that runs from the  bottom of this growth hierarchy to the top, from Awakening to The Unitive Way (Underhill), from Gross to Non-Dual (Wilber).  In a sense, Jesus walks with us  and slightly ahead of us each step of the way. He has already carved the path ahead. Now He can take us through.   Perhaps it’s easier following His lead from one transformation to the next than it would be doing it alone, and perhaps this is the true mystical meaning of salvation: being saved from having to suffer alone.  He helps steady our pace as we are dying and being reborn, as we learn to humbly rest in God with infinite gratitude and generosity, trusting God through many, many deaths.

Jesus of Nazareth, then, combined with Christ, or, as we commonly think of him, Jesus Christ , as archetype,  rests somewhere in the Illuminative Way (stage three for Underhill). As such, many Christian mystics take up some form of “Imitation of Christ” during this stage.  Stage 3 for Wilber, the causal,  similarly, deals with archetypes.   And in the words of Richard Rohr’s organization, The Center For Action And Contemplation.   “Jesus’ death and resurrection is an archetype for each human journey.”  And yet this is really only “half-way” through this never-ending, never-beginning, mystical path.   Over time,  the archetype of Jesus Christ begins to seem tainted with our own personal impressions, our own biases, our own pain.  On the other side,  there appears to be a clearing, an emptiness, a silence and a nothingness that is more than just an archetype, more than just a word. That’s when the real fun begins.