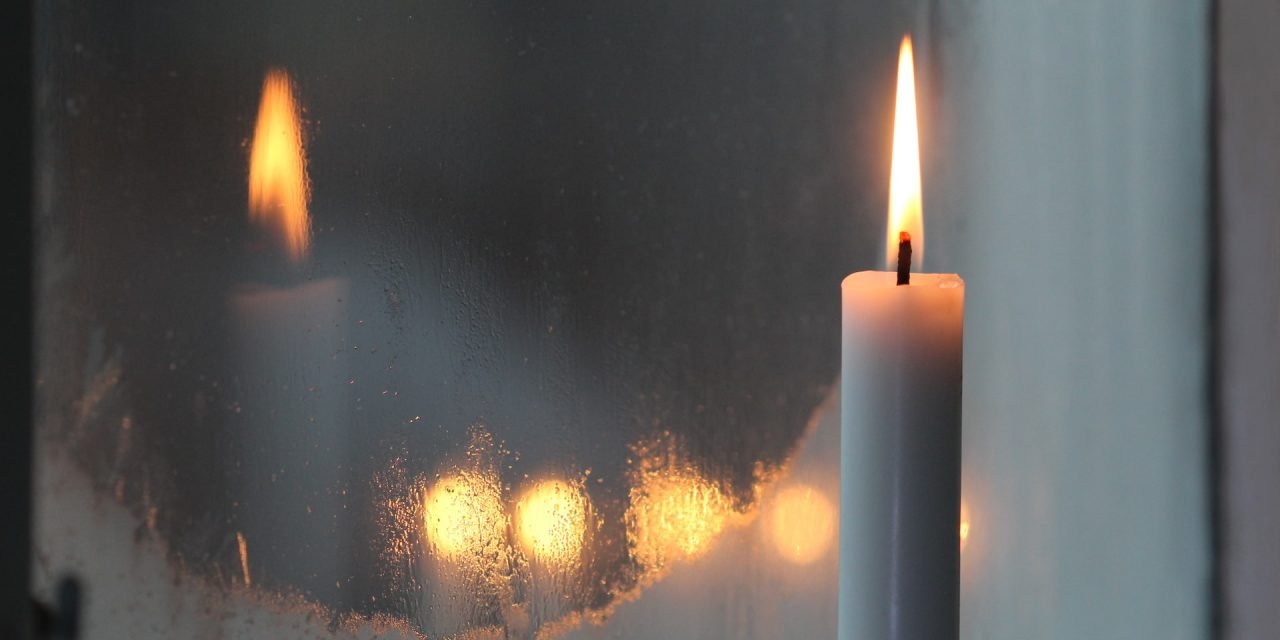 All the wisdom you and I will ever need already lives within us. It’s just that we are not where the wisdom is. Why? Because we want to be smart! Because we want to know, we want to prove, we want to get, we want to be seen as something special. All human beings with that mindset are fated to suffer themselves, until one day they see this doesn’t work. In that same moment the epiphany comes, and one realizes, “Suddenly I can see what I have been.” And I see it by a light that shows me the darkness in myself.

The purpose of the light is to act upon the darkness. Those parts of us that are regretful, angry, resentful – that are always trying to figure out what’s wrong, how to fix it – are meant to be changed by our agreement to receive the revelation.

In the moment when the light of revelation comes, I’ve got one of two choices, and so far, I’ve always made the wrong one. My first choice is the knee-jerk reaction that belongs to this unconscious nature: I know I shouldn’t be like that. I know you shouldn’t be like that. I know this is all wrong – any one of a hundred different ways in which this unconscious nature manifests itself through resistance to an unwanted moment. Is it possible for a human being to resist a moment and receive from it what it is giving to them? Can you resist a moment and receive anything other than the certainty that you’re right and that you know?

If you know so much, why do you hurt so much? And what’s the evidence of “I know”? I’m a wreck! I’m thinking, I’m excusing, I’m trying to figure out how to get out of this thing unscathed. You know what that’s like! The “I know” is filled with tension. It’s filled with regrets. It’s filled with thinking and trying to prove oneself over and over. And it doesn’t work.

But, if “I know” doesn’t work in that moment, what does? My other choice is: “I’ll grow.” It’s challenging to human beings who have become so unbalanced in terms of how we understand our own existence, but you can’t “know” and “grow” at the same time because to “know” means your intellect goes before you to make sure that things really get crooked.

Instead of saying “I know,” saying “I’ll grow” means that in the moment the event comes, I’m going to stand in the revelation. I’m not going to stand in what is trying to deflect the moment from me. No deflection, but quiet reflection. That means, here I am in that instant when suddenly I can see things about myself that, God help me, I don’t want to know. I don’t want to see anything about it because I’ve been running from myself for as long as I’ve been in a body… justifying, explaining, excusing myself.

When we bear ourselves consciously in this way, we agree to no longer suffer unconsciously. Every time we excuse ourselves, blame someone, or justify something, it is the unconscious nature justifying itself, and we pay the bill in unconscious suffering. What is unconscious suffering? It is any pain we go through that doesn’t leave us changed, but instead leaves us more crystalized in the nature that always rejects the moment.

Our new aim is to agree with life. Why are we going to agree with life? Because we know there is reason to be of good cheer: Something that wants more for us than we can imagine (let alone give to ourselves) is never ceasing in its effort to reveal to us what lives as an innate possibility within us. The task is that we must cease defending ourselves – not because we think it’s a good thing to do, but because we understand that only darkness defends itself from what the light reveals.

Photo by Anne Nygård on Unsplash

For over 40 years Guy Finley has helped individuals around the world find inner freedom and a deeper, more satisfying way to live. His in-depth and down-to-earth teachings cut straight to the heart of today’s most important personal and social issues – anxiety, fear, self-discovery, meditation, relationships, addiction, stress, compassion, and personal peace. His work is widely endorsed by doctors, business professionals, celebrities, and spiritual leaders of all denominations. Guy is the author of 45 books and video/audio programs, including his international bestseller “The Secret of Letting Go,” that have been translated into 30 languages and have sold millions of copies worldwide. He has a weekly program on InsightTimer.com, and is a regular contributor to numerous print and online publications. Guy is the founder and director of Life of Learning Foundation, a nonprofit Center for Spiritual Discovery located in southern Oregon, with tens of thousands of online newsletter subscribers worldwide. His talks are live-streamed free from the Foundation twice each week. https://www.guyfinley.org A Life of Learning outreach program is OneJourney, a growing, international community. In a world where differences among people are tearing us apart, OneJourney uses the wisdom of the ages to show that the journey to wholeness is an inner journey that is essentially the same for all people and all religions throughout time. It’s just been described in different words. The OneJourney site and its ever-expanding Living Book helps us meet life in a new way so that we no longer fight with events, but can use everything to grow stronger while making the world a better place. www.OneJourney.net