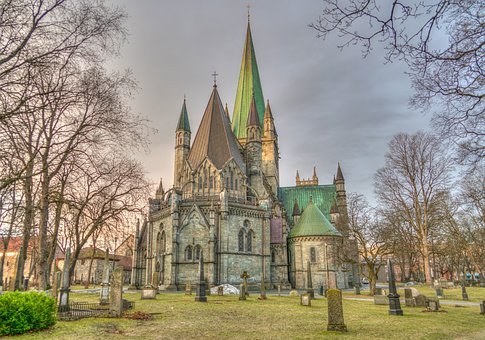 It was my junior year at Vassar College, and Christianity was not a part of my life. If anything, it was somewhat old, tattered, and worn – like an ugly shirt associated with bad self-esteem.  Something to ignore and not use – at least for now.  At the same time, feelings had begun to ferment under the surface, a new sensation of aliveness that had been absent for awhile.  Some vague emotional flow had been restored and sought regeneration.  As is often the case in healing, the experience of feeling existence made me realize that I had previously been quite numb.  But now, the nervous system was suddenly alive again. A trip to Europe stirred my soul out of its slumber, and, from beneath, a new well-spring of longing cried out to the air around me.

This story, though, isn’t so much about how my first big awakening transpired that fall at Vassar; it’s a single incident that happened shortly after, a bizarre coincidence that echoes the strange notes of Providence. After having slipped into an ecstatic reverie on evening, unplanned for and unanticipated – or, at least not of my own doing – I opened like never before, my heart seeming to burst into a soothing fire of white light.  I remembered bible quotes from my youth as ringing truth, in a new understanding of the word, and thinking, for the first time: the mystics were right.  Wow.  The Kingdom of Heaven is right here.

Jesus, though, was still associated with too many bad or boring memories of Sunday school and over-zealous church girls who never wanted to party.  Guilt and shame, yucky stuff – not the kind of freedom of being in which I currently found myself.      I was awake, as if again returning to a previous state I had forgotten in the sleep of socialization.  The air rang with vibrant glory- the sweet summer feeling of childhood had temporarily returned.  Whew.

I didn’t want explanations.  I remember that.  I didn’t want to read words where people described the quiet rapture I maintained in the days that followed.  Or what any of it meant.  I didn’t want words. Words were a block.  Words would prevent me from seeing the process through. The way that can be named is not the way.

Joseph Campbell and Carl Jung were on reading lists for one of my classes’ syllabi.  Their subject matter seemed to close to home; I wanted to avoid knowing what their paradigms for the mystic path were, because if I did, my experience would be shaped from without, not from the inner voice that that provided me a direct link to the Almighty. I didn’t want interference.  But, on some level, I knew this wouldn’t last.

But one day I found the words.  As if against my will.    I don’t know why but I was in some obscure downstairs part of Vassar’s library late at night – “the stacks” I think they called them.  It was late, no one was around.   And I started picking up random books and opening pages, probably because I was procrastinating homework.   On one page I saw the word introversion.

Somehow that word hit me, “introversion.”  I had read about it as a personality traits in pop psychology books, but I knew that here, it meant something more. It was an extreme introversion to which I had arrived, somehow, at the very center of my own being, and that’s exactly what was being written about on these pages.  I put the book back on the shelf.  I didn’t want to know any more.

Unfortunately, as the years that followed proved, few had traced the path as well as Underhill. But it took me over a decade to find that page again.  At the time in the library, I hadn’t taken note of who wrote the book.. Nor did any spiritual teachers I encountered in the years to come ever speak of Evelyn Underhill.

Almost two decades later, when reading her again, I am immediately taken back to that first big awakening, when the entire universe seemed to sparkle and float and emanate from and to me. Of course, that’s just the beginning: in Underhill’s paradigm, stage one of five (“Awakening”) on the contemplative path – as the soul traces the path towards ultimate divine union.

Luckily, I have her books now, and I’m not resisting the wisdom she offers.

I recommend getting her book for anyone interested in Christian Mysticism.

[i] Mysticism: A Study In The Nature And Development of Spiritual Consciousness, by Evelyn Underhill

Here’s where you can get a free copy of contemplative light’s integral memory maps, an ebook and video presentation.