A Dark Secret To Happiness? 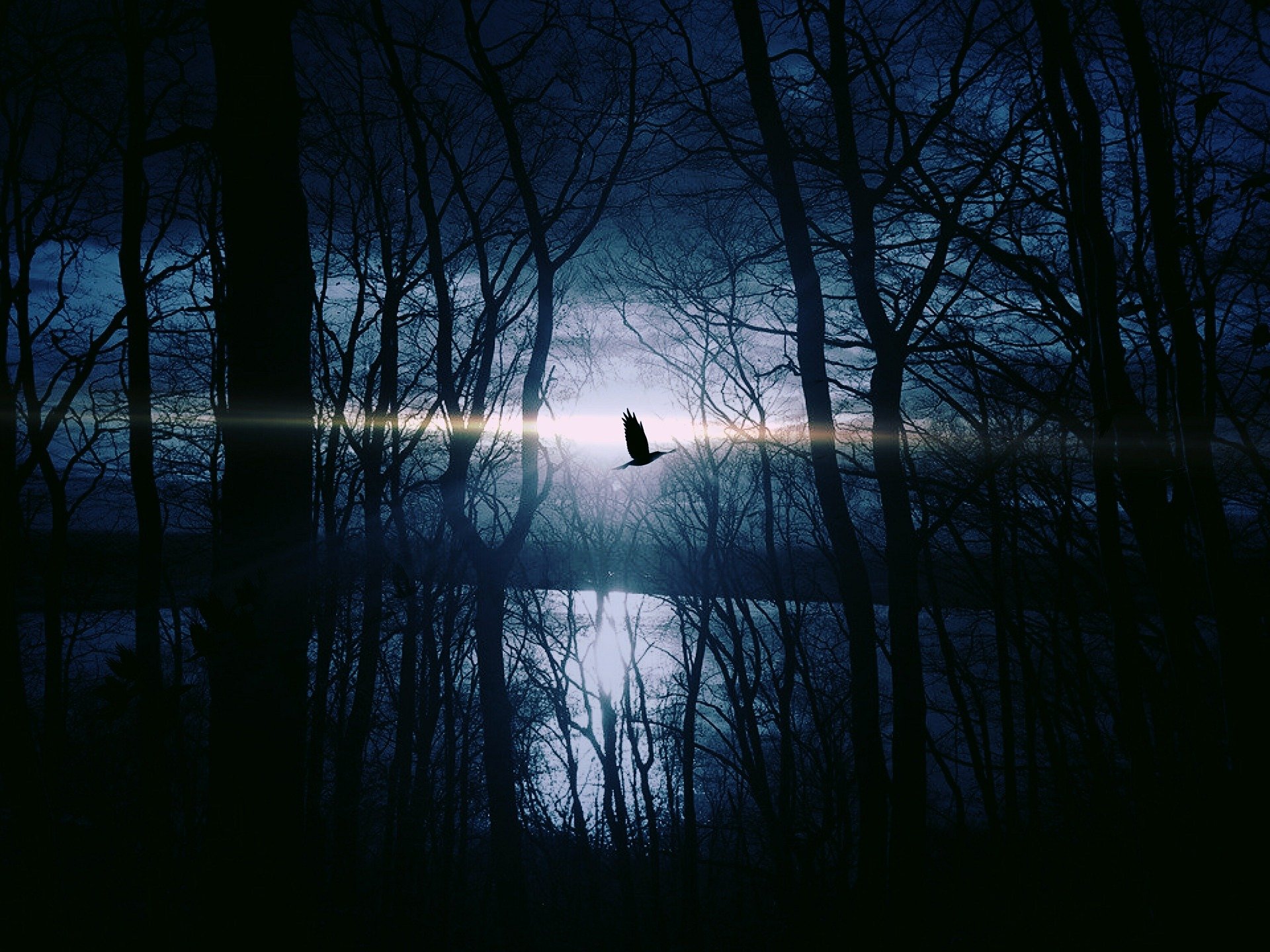 I recently spent the weekend with an old friend who was going through a series of losses on several fronts. His grandmother, his mother, and his dog had died within a year, and he separated from his wife and was undergoing divorce proceedings.Meanwhile, there are two small children to take care of on a tight budget as he wraps up an advanced degree program. On the surface, the challenges seem overwhelming.

And yet, in spite of the very real challenges, both in internal emotional ways, and in external practical ways, this is also a very empowering time. There are losses to grieve, but there are new possibilities within that loss.A new sense of self, or maybe better yet, a new self altogether is being put together.In situations like this, one can’t help but stay focused on the immediate requirements of the moment. And we often find new ways of being within such moments.

Anthony De Mello tells a story of a man on a mountain being chased by a tiger. He comes to a cliff and begins to slide down. The only thing left to hold onto is a small branch. Now he’s stuck. If he goes up he’ll be eaten by the tiger. And below him are thousands of feet. He only has moments to live. He notices the branch he’s clinging to is filled with fresh berries. He picks one, puts it in his mouth, and as the story goes, “it tasted so sweet.”It’s those moments when we realize the finality, the inescapable nature of death – maybe a real physical death, or maybe one of the many deaths we experience before that physical one – that we taste some kind of freedom.The conditioning falls away. No one to impress. Nothing to cling to. Nothing to clamor after. And in that state, happiness has a chance to flow.

A report came out recently about the small Asian country of Bhutan being the happiest in the world, in some ways for this very reason. One of the cures a local Bhutanese recommends for acute panic, for example, is simple: “think about death for five minutes a day – it will cure you.”Interestingly, in our society we tend to be cut off from death. It’s a cultural taboo. It’s something in it’s natural state that we want nothing to do with. In spite of stylized, melodramatic violence and death in our consumable media, the real thing is inappropriate viewing.Decay and death are mostly kept out of sight, rather than integrated into our lives as part of the greater whole. Keeping the proper perspective on the reality and inevitability of death and accepting it as part of a natural process helps appreciation, gratitude, and helps avoid wasted time and energy on trivial preoccupations.One exercise De Mello recommends in Sadhana: Christian Exercises in Eastern Form is to quite vividly imagine:

Though often people of faith claim to believe in the full resurrection and glorification of the body, this does little to alleviate the severe anxiety and crippling depression many of us feel, usually to no less degree than the broader Western culture of which we are a part. Some of this has to do with our complicity in participating in a culture that banishes even the thought of death to the unconscious, to the margins.One way to counterbalance that cultural norm is to engage in practices that reintroduce that reality and allow us to realign our lives and shed unconscious preoccupations.