Clinging to the Ascended Christ 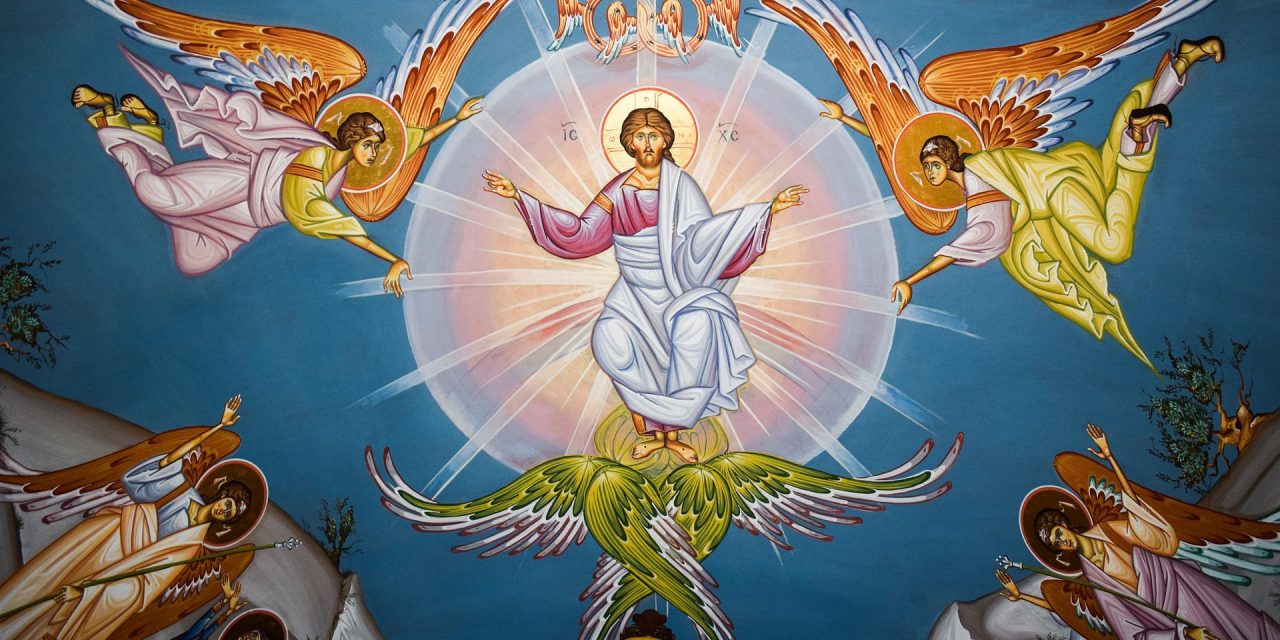 Following His resurrection, Jesus met Mary Magdalene next to the empty tomb. She was crying because she did not know where He was.

The phrase, “Don’t cling to me, for I have not yet ascended to join my Father,” has captivated people for centuries and garnered many deep and sometimes complex interpretations. I am neither deep nor complicated so I tend to think of it pretty simply. I think he was telling Mary not to cling to him physically on earth, or the appearance of him on earth, but cling to him spiritually, in heaven. In short, He was telling her that her focus was going to need to ascend to heaven where He would be joined with His Father, and ours.  As the formal Church grew further from its early roots, this was gradually forgotten.

In the book of Colossians Paul provides the following wisdom:

I love the way Aramaic uses the phrase “feed on”. In other words be sustained spiritually, in Christ, where he is seated with his Father. Because we have died to the flesh and our life is hidden with the Messiah in God. There is a mystical element to being hidden in the Messiah with God. It has a non-dual sense of oneness but that comes through consciously living and being sustained in him. To fully take advantage of the death and resurrection of Christ, our focus needs to ascend with Christ.

Paul goes on to say that, “…whenever The Messiah, who is our life, is revealed, then you also will be revealed with him in glory.”

I used to think that His being revealed was limited to the end times and could only be experienced at a second coming event. I no longer think that is what Paul meant. I believe Christ is always revealing Himself to his creation. And when we cling to Him we are revealed to his creation with him.

The key to clinging to the ascended Christ is seeing Him as your true source of security and sustenance. If we seek only physical satisfaction then we are feeding only the flesh, and we do so at the expense of our spirit. In Romans 8, Paul says that the mind set on the flesh is death, but the mind set on the spirit is life and peace. When we cling to, or seek dependence on our flesh, or our physical desires exclusively, it leads to fear, sin, and vain efforts to arrest true security from things that are fleeting. We become victims of circumstance, immediacy, momentary satisfaction and insecurity. But if we cling to the ascended Christ, our security resides with Him in God. We are hidden and safe in Him, regardless of the circumstances in which we find ourselves.

Because of this new life, clinging to Christ, we can take off the old clothing of selfishness, anger, and impurity, and blasphemy and cheating, that naturally result from feeding on the flesh, and put on the new clothes, made by knowledge in the image of his Creator. Then we will feed on kindness, gentleness humility mercy compassion and love. And the peace of the Messiah will control us.

…And with all these things, love, which is the bond of perfection. And the peace of The Messiah will govern your hearts, to which you are called in one body; and give thanks to the Messiah.

I remember hearing a story of a child frantically knocking on her parent’s bedroom door during a bad storm and fearfully asking to sleep with them. Her dad responded, “You don’t need to worry honey, God is with you.” To which she nervously replied, “Yes but I need someone with skin.” This is funny and perfectly understandable for a child who is afraid. But in a very real way, Jesus was entreating Mary to be secure in something without skin. This is a place spiritual maturity must take us.

She was crying and scared and it was natural for her to run and attempt to cling to Jesus physically, she needed skin. Her flesh needed security. But Jesus resisted her, knowing that he was going to be with His father and Mary was going to have to learn to be secure in the invisible. This is a lesson we must all learn.

During this season of Easter, it is critical to meditate on the need to cling to the ascended Christ. Without fully putting our security in this deep mystical connection with God in Heavenly places, we will fail to completely embrace and benefit from the mystical power of Christ’s death and resurrection. We will reside insecurely, between this world and the next, having our feet completely in neither, waiting, sometimes in vain, for Christ to be revealed in the last days.

Instead, we can live fully in both worlds, as he reveals himself daily in us, whose lives our hidden with Him, making a difference in this world, as we cling to the ascended Christ in the next.