Christian Mysticism In A Buddhist Light: Negotiating Clouds Of Unknowing 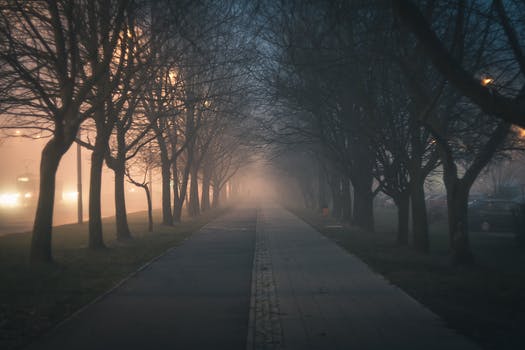 Our glimpse in the Eternal Now is a glimpse into God’s Kingdom. It is here for all of us, as I write this and as you read this.  Because His Kingdom encompasses not only the finite universe but also much more than just the finite universe, it transcends time and space. Or, put more simply, the sensory world is  ultimately an illusion, as so many mystics have said.  And while such a statement may spark theological arguments in some, for contemplatives the illusion of existence is more of a meditative exercise than philosophical dogma.  The temporal world is impermanent, as Buddhists would have it, and, as our scripture maintains,  when heaven and earth pass away, God’s Word remains.

For Christians brought up in traditional churches, though, such concepts can often feel too abstract, too bizarre, or “too Eastern.”  However, far from being an unhealthy deviation from Christian principles, some schools of Buddhist thought have much to offer the contemplative Christian, who has experienced for himself or herself a “cloud of unknowing.”   What Buddhists point at when they speak of “emptiness” echoes in our own tradition as the Divine Mystery.  And the Holy Mystery opens us into both light and shadow, yin and yang.  I prefer to think of these two pathways as a pathway of intrigue and a pathway of un-clarity.  Mystery invites us, intrigues us, draws us in; it is also unknown and unclear, not to be discovered by the logical mind.  Put another way, Mystery serves as God’s desire to welcome us into His Kingdom with Loving Arms and Enchanting Grace.   The divine territory appears to us obscured and unclear only because our souls are not accustomed to it.   In fact, the exact translation of “dark” in St. John of The Cross’s Dark Night of The Soul [1] is the Spanish word “oscuridad.”  It connotes absence, obscurity, and hidden-ness, just as much as it does “dark.”

Herein lies the central issue: dualism.  In much of American culture, we continue to be conditioned in an either/or dynamic, especially when it comes to valuing colors: just as good is better than evil, light is better than dark, and white is better than black.*  In Living Buddha ,Living Christ, [2] Thich Nath Hahn suggests that our good vs. evil distinction is bad advice: from the outset, one’s reality is split into two.  Buddhism goes even further and extends itself to “non-Being,” a concept with which Christianity often spirals into moral arguments.

An exceptional school of Buddhist philosophy, the Madyamika [3], or “Doctrine of the Middle Position,” maintains that Nothing in the sensory world is ultimately Real. Creation serves as a practical reality for us, but as all things are impermanent, temporary, and limited, they are not eternal and unchanging. They are nothing, or, no-thing. Mysteriously, this Nothingness Itself is real, though, –it is, in fact, the only thing that’s real. If one thinks deeply about the Nothingness that is the One True Reality, it can feel strangely disturbing. The absence of anything sounds remotely evil, or at least pessimistic. But Thomas Merton’s cautions us in Mystics and Zen Masters [4] against projecting our ingrained notions of good and bad upon a faith tradition that grew out of a much different culture. And while the counter-intuitive wave of Buddhism often confuses Christians, the two faiths have much in common and the correspondences are many.

Nagarajuna, the teacher of the Madyamika discipline, lived in the first and second century, while desert fathers of the early church laid the primary foundations for the Christian Mystical Tradition. Alexandrian Christian mystics prayed amid open, empty deserts at the same time Nagarajuna was formulating ideas on emptiness. His ideas, like the desert fathers,  were based not on philosophy alone, but on direct experience of the Transcendent. What might arise as “emptiness,” “nothingness,” and non-existence” in Buddhism appears for us as “the divine darkness” of Pseudo-Dionysius, the “obscurity/darkness” of St. John of the Cross, and the many miraculous metaphors of Julian of Norwich’s theo-poetics.  Merton, then,  encourages Christian seekers to learn from Eastern traditions, and if there was ever a time the world was ready for it, it is now.  As Thich Nath Hahn, maintains: Buddha and Jesus are brothers.  It’s time to start understanding our family.

For more reading in mystery, paradox, and mysticism, check out our course: The Devotional Practice Of The Jesus Prayer: A Journey Into The Highest of The High