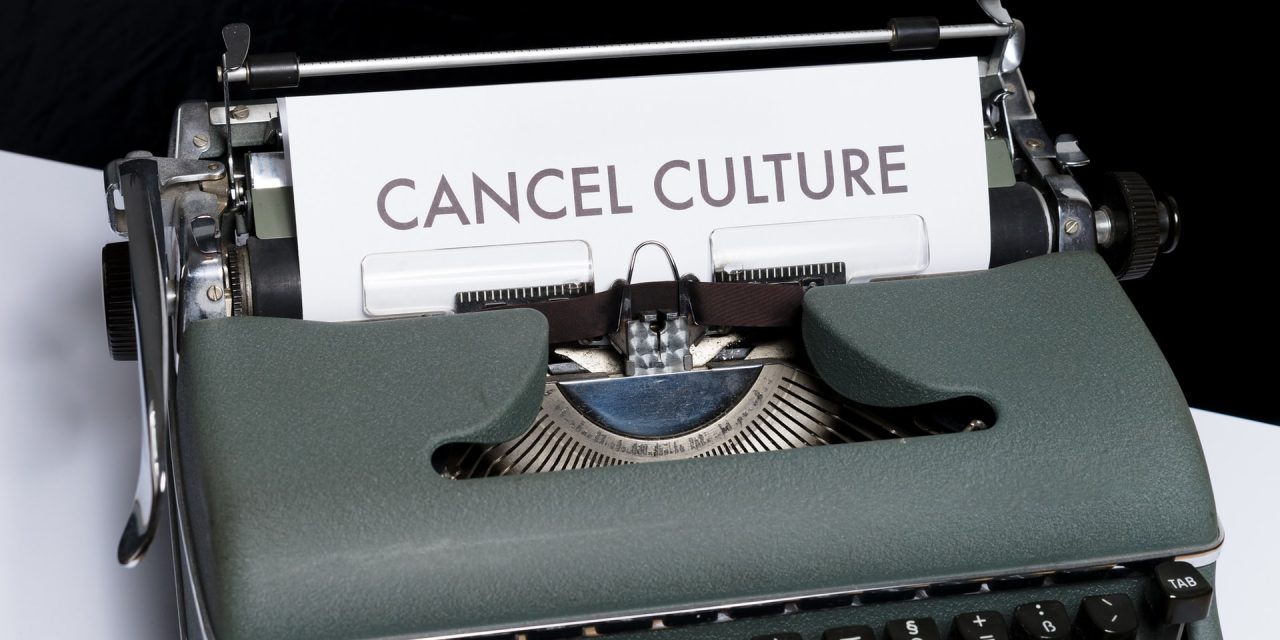 Cancel culture or call-out culture is a modern form of ostracism in which someone is thrust out of social or professional circles, whether it be online, on social media, or in person. Those subject to this ostracism are said to have been “cancelled.”

Many are shocked by this form of ostracism, but should it really be that shocking? It shouldn’t be that shocking, because if we take a good honest look at ourselves and our own lives, we will see that ostracizing others from our lives has been standard protocol since time millennia.

The truth is, each of us walk around with old ideas and beliefs that are buried unconsciously within. The people in our lives, that co-worker, that neighbor, that one family member, even our beloved spouses – they are doing their God-given job when they say or do that one thing that sets us off.

What is that God-given job? It is to be the triggering mechanism for the buried unconscious parts of ourselves. Those unconscious parts HAVE to be triggered in order for them to be brought up into the light of awareness to be transformed and healed by a higher part of ourselves. We need people that trigger us. As difficult as it may be to accept, they are a blessing in disguise.

But instead of recognizing that blessing in disguise when it arrives, what typically happens in those unwanted moments is that there is immediate resistance to what was said or done. The finger is instantaneously pointed at the “trigger(er)” as being the perpetrator of the pain that has arisen in us. Blaming others for the pain that arises in US in any given moment is the same as ostracizing another, the same as cancelling them out.

“They” are therefore ostracized – kept at a distance. Instead of meeting them rightly, in a new place, they are met from the old, the past.

“Everything wants to live”, negativity included, for what is negativity other than an identified negative reaction to something that somebody did or said that blames the pain on something outside of itself.

Negativity was never meant to be expressed. It, was as well, never meant to be suppressed. The reason we see horrors that we do in this world is exactly because of the expression and suppression of negativity. The world outside that we see playing on the “screen of life” will continue to play louder and uglier until we finally agree to see that our inner world determines our outer world.

If our inner world determines our outer world, wouldn’t it be best that we focus on the inner and what is taking place in our own minds so that we can allow the “light of awareness” to do its magical transformation? Wouldn’t it be best to see, for ourselves within ourselves, the part of us that so easily cancels others out? It can be something as simple as your husband or wife saying something that you don’t like and immediately the silent treatment is given. Wouldn’t that be a way of ostracizing another?

All of us are in pain. All of us are triggering mechanisms to each other for the rightful purpose of helping each other discover the truth of ourselves.  We are all in this together.  Love thy neighbor as thyself.

Let the pain be there when it is triggered in you.  Consciously suffer it so that the light of awareness can transform it into something new…

…which is he true definition of rebirth.

Photo by Markus Winkler on Unsplash