A Gospel Transcending Time and Space 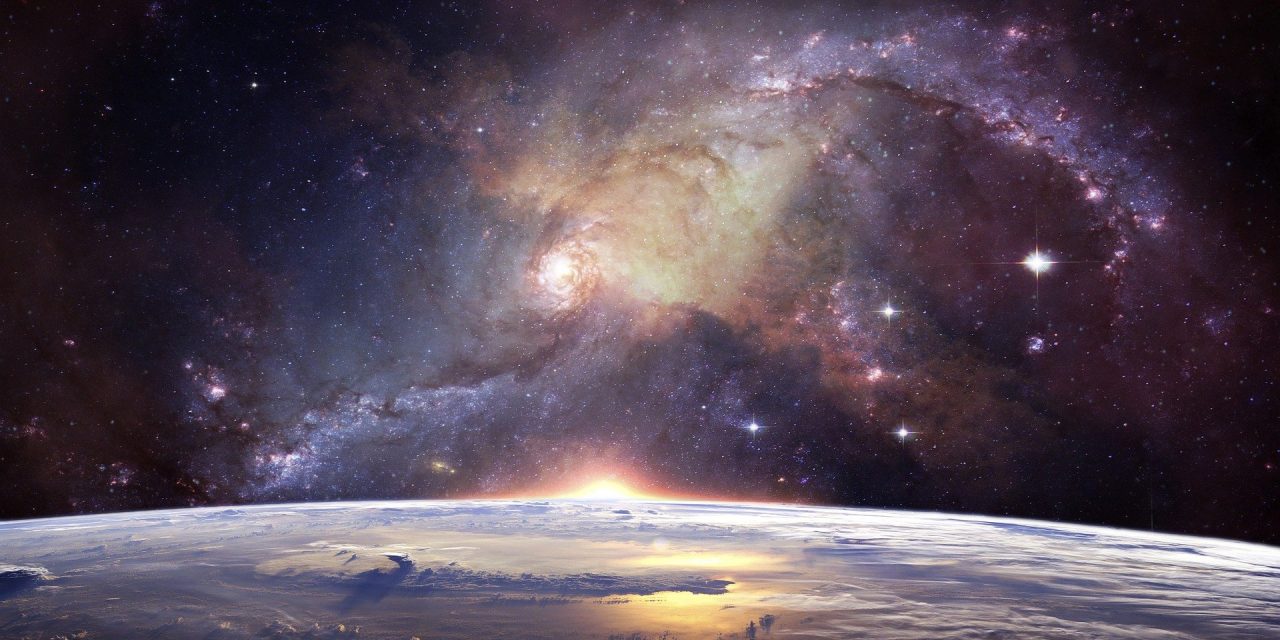 Three-dimensional reality defines the physical boundaries that characterize our material world. As objects in this world, we are perpetually interacting with the height, width, and depth of other objects around us. The fourth dimension of time must be added, which is simply the distance between objects in space, or chronologically, as we most often experience it, the distance between events. Without height, width, and depth, time would be irrelevant.

The miracles that Jesus performed regularly seem to us extraordinary and super-natural. I mean, turning a few fish into enough fish to feed five thousand people, or walking on water, or raising the dead, seems to violate the laws of space and time, as we know them. But by simply adding additional dimensions, these actions can appear very natural.

If, for example, three-dimensional figures visited a two-dimensional world, they would be looked at with the same astonishment that people viewed the miracles Jesus regularly performed. Just imagine the impact of someone interacting with 10 or 20 dimensions. Unfortunately, imagining such a reality is all we can do because we are stuck in this three-dimensional state. Or maybe, that’s not true. Maybe we are not trapped in space and time.

If Jesus created all things, both the visible and invisible, doesn’t it make sense that Jesus would interact with all the dimensions since all dimensions would exist in Him? (Col. 1:15-19)  And since we were created in his image and are like gods, (John 10:34) doesn’t it stand to reason that we, too, can interact with these dimensions? Is it possible that creation was subjected to futility until our true nature is revealed. Isn’t Christ’s purpose for coming to earth to reintroduce us to this reality? (Romans 8:18-22)

Is it also possible that the following is a more accurate version of the Gospel? “For God so loved His creation, both seen and unseen, existent in galaxies, planets, and energy, beyond measure, He sent His Son, who has always been and through whom all else exists, to take three-dimensional form, and live a life transcending such form, so that all who trust in Him could live eternally and powerfully, in God’s higher-dimensionality, free from the fear of death in time and space.”

What if Christ came to free us from a self-imposed trap of three-dimensions and the requisite fear and sin such a trap causes, and to reintroduce us to our rightful connection to higher dimensionality, through His own higher behavior and exploits.  Perhaps by reconnecting to the Force that holds all things together, we too can be like gods. Maybe he came to show us we were eagles, desperately trapped by the delusion that we were chickens, pettily squabbling over seed on the ground, rather than souring on higher dimensional wings. Wings that can only be strengthened by use, which requires faith.

Perhaps what we see, hear, taste, smell, and touch, is just a small part of what actually exists.  In fact, this is true, as the vast majority of the known universe is unseen dark matter and dark energy.  Since what we can see – billions of galaxies with hundreds of billions of stars and planets over a vast universe spanning 92 billion light years of time and space – only encompasses 3 to 4 % of what is actually there, what we cannot see is massive.

Imagine for a second, higher dimensional beings, living in a manner that faithfully transcended this world of limited dimensions.  What would they be like? They would surely be intimately aware of the perceived limitations and fears that both hampered and tormented the inhabitants of this plain, yet not tempted or drawn into these fears. Relating to these limitations without falling to them. They would also seem to possess abilities that challenged perceived limitations in time and space, and would act and speak in a manner that reflected connection to a source outside of this world.

Three-dimensional survival would not plague them, and they would see through the fear of death, which subjects people to slavery on earth. (Heb. 2:15) Thus, they could live free from the power of the god of this world – the common ego of three-dimensional reality. The fleshly accuser that drives human survival through the implicit fear of death while simultaneously waging war on human community. This ego, which separates us from God and each other, would have nothing on such persons. They could not be tempted with egoistical appeals to the flesh, nor would they suffer from the need for fame or worldly success.

They would also be authentic and speak the truth with no concern for their reputation or popularity. Yet, they would surely be very popular with people who appreciated this authenticity and their miraculous powers.  Their security would be in a higher place, connected to something transcending this realm.

Ironically, these are the very characteristics that proved most remarkable about the life of Jesus. His miracles, wisdom, and character provide the best clues to his divinity. He astounded the masses and elite alike with these miracles. According to witnesses, no one had ever demonstrated such miraculous power before. He surprised, challenged, and captivated all who heard him with his words of authority and wisdom. Finally, his character was pure, honest, loving, and humble—a lamb without defect. Combined with his claims of divinity, perhaps Christ’s honesty provides the most potent evidence for his true nature.

I think Jesus tapped into a higher dimensional source that allowed him to accomplish these exploits. In fact, I think, he is that source. (Col. 1:15-19)  And he has offered us access to this same source and promised us that we would do greater things than he has done, if we believe.

So much of religion today is designed to force the Gospel artificially into a three-dimensional world that we can still control.  This makes religion a stale recitation of doctrine combined with mechanical efforts to mimic what we think Jesus would do.

The message of the Gospel is exactly the opposite. Instead, we are to let go and re-connect to a higher dimensional world and be controlled in that. The message is to stop doing and start being.  The ancient Latin understanding of religion was to re-link or re-bind yourself to God.  Our ego or flesh can not accomplish this. The best we can do in our own power is to hypocritically decorate our flesh. To dress it up like we know it should be, without actually letting go. Only our spirit, consciously connected with the higher dimensionality of an all powerful, all knowing, all loving and ever-present God can empower true religion.

But higher dimensional reality is non-dual reality. instead of a world of separate objects we live in a pool of universal energy as one connected whole.  Some aspects of this energy are more dense than others, creating the illusion of separate objects, but dense energy is still energy. Just as fish are dense objects of energy surrounded by the energy of water, that they cannot see, we are surrounded and connected to energy that we interact with but can’t see.

Finally, three dimensional reality is ego-driven but higher dimensionality religion is motivated by love.  By ego I mean the survival instinct that keeps our physical body alive.  It is by design self-centered and supremely sensitive to perceived physical and psychological threats to its control and preservation. When the body dies, the ego dies. By love, I mean Agape love. This is not the romantic love, or friendship love, or sexual love, which are often egoistic, selfish forms of love.  But Agape love is unconditional love.  The love that gives without any eye towards a return on the investment.  It is purely selfless giving of ourselves merely for the sake of giving, apart from any specific gain in this dimension.

However, this is where true life resides.  Most of life’s struggles involve efforts to accommodate our ego’s demands to extract peace, comfort, and happiness from our control of things in this life.  But in letting go of the egoistic demands of this world that fearfully drive us, and resting in the energetic embrace of a higher dimensional realm, we instead immerse ourselves into the peace, comfort and happiness that was always there.

In the next couple essays, I intend to examine the actions, behavior, and teachings of Jesus from the perspective of higher dimensionality. I hope this proves as valuable to you as it has been for me.

Read more of Tim’s posts on his blog page.